Several basketball players wrote books about their lives, success, or downfall. These athletes are candid in their delivery. They educate their readers about the blood, sweat, and tears they shed to gain such illustrious careers. The books also help the reader or a fan understand their idol and profoundly connect to them. 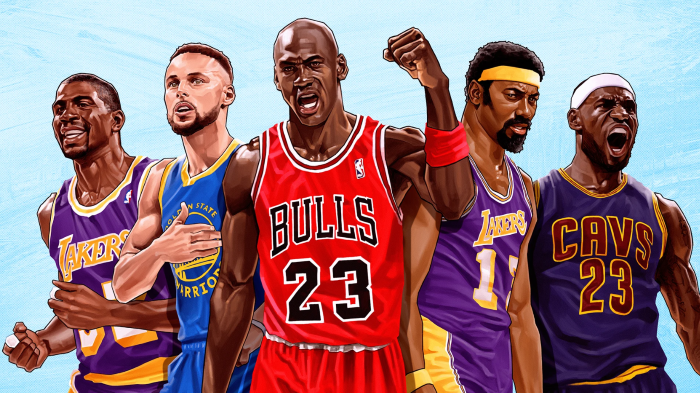 NBA or National Basketball Association only lets the best of the best players play for them. These players’ lives are, in all respect, very different from ordinary people’s. With really short careers, these players tend to grow mature very early on and work harder than anyone to maintain their form and play.
Basketball players like LeBron James, Kobe Bryant, and Shaquille O’Neal are known worldwide for their athletic talents, but today we will explore their writing talent.

The greatest of all-time NBA players have not only aced their game but have also left a strong impact on the public with their phenomenal writings. Mentioned below are some of the best NBA players and their best books that are published. Read further and see how many of these masterpieces have you read:

Late Kobe Bryant was a household name in America. He helped lead the Los Angeles Lakers of the NBA in winning five championships. With his recent demise in a helicopter accident, the world and the fans mourned this influential athlete’s loss. 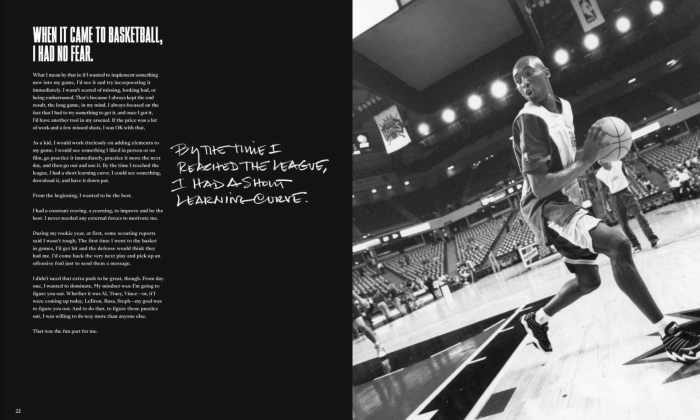 Kobe Bryant’s famous nickname was ‘The Black Mamba,’ and he was often referred to as such. When he retired, he sat down and wrote a book called The Mamba Mentality. The Mamba Mentality is about facing your worst fears and shortcomings, looking them in the eye, and facing them head-on. This book of his inspired millions of people and ended up being a bestseller.

Kareem Abdul is one of those basketball players who wrote books about issues like race and religion. He has written many books in his career, like Giant Steps, his autobiographical debut, and What Color Is My World? The Lost History of African American Inventors, the Mycroft and Holmes series, and A Season on the Reservation: My Sojourn with the White Mountain Apaches, among a few others. 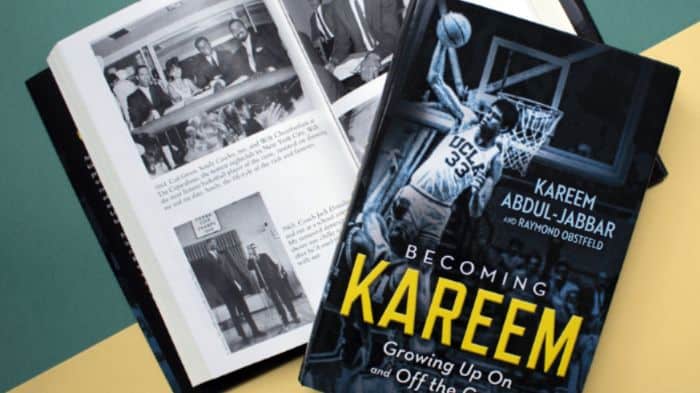 In Becoming Kareem, Kareem Abdul recounted and recorded his childhood as a shy kid with insecurity issues. But this socially awkward child transforms into an NBA player with help from family and friends. This book has elements of racism and prejudices Kareem went through in his childhood, but instead of beating him down, it only led him to greatness.

LeBron James is considered one of the greatest players of all time. He has won four NBA Most Valuable Player awards to his name and has three NBA championships in his career yet. One another interesting fact is he writes as well. Last year, his middle-grade novel, We Are Family, published by HarperCollins, came out.

LeBron James’ Shooting Star is an autobiographical work about growing up in inner-city America and facing challenges with his four friends who promised each other to win a national championship together. The book is about teamwork and friendship.
An interesting tidbit for fans: A movie based on this book is currently in production in Cleveland and Akron, so maybe a year later, fans can go to theatres to enjoy it.

A center Boston Celtic player with eleven championships under his belt, Bill Russell is a legend in the world of basketball. This 1934-born athlete has written books like Red and Me, which is a homage to his coach. Second Wind, Russell Rules, and Go Up for Glory are some of his other books that you check out. 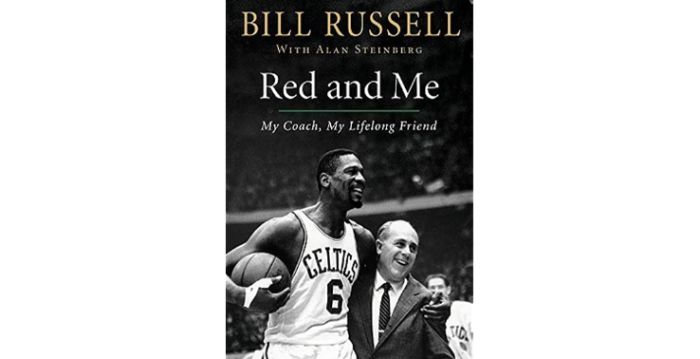 Russell’s books are autobiographical chronicles of his personal life through which he imparts knowledge about friendship, fatherhood, hard work, and success.

Currently, a sports analyst for ABC and ESPN, this basketball player wrote Got to Give the People What They Want, a book with the most unfiltered encounters of his life.

Jalen Rose played for six teams in the NBA in his thirteen years, including Indiana Pacers, Chicago Bulls, and Toronto Raptors. His book talks about his childhood, his journey to becoming an NBA player, and his retirement from being an athlete to a journalist.

Better known as Shaq by his fans, Shaquille O’Neal is a former 7-foot-1-inch basketball player known for his height. And for being a four-time NBA Champion. He has also had a very diverse career as a rapper, star in movies, hosts a television show, is a sports analyst, and even writes books. 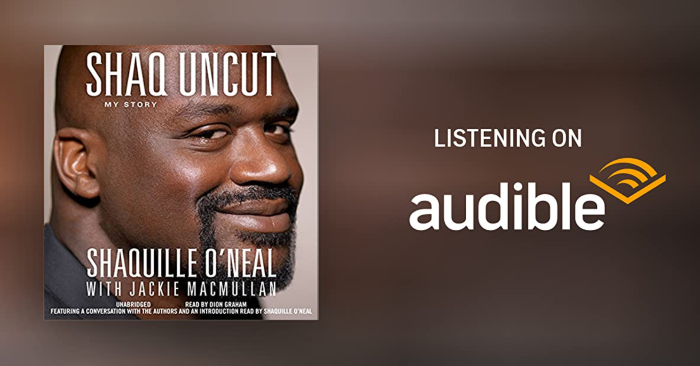 Shaq Uncut is one of his bestsellers which chronologies his entire career. In this book, he has described his exceptional journey of having different jobs over the years. He has also touched on his relationships and thoughts about other basketball players like Kobe Bryant and LeBron James.

More than Magic Johnson’s five and Larry Bird’s three NBA championships, their rivalry, and subsequent friendship are more famous. This intense competitive rivalry was born during the 1979 NCAA Basketball Championship. This rivalry changed into mutual respect and then friendship over the years. This duo of basketball players wrote books like When the Game Was Ours, an intimate tell-all book about their rivalry and friendship. 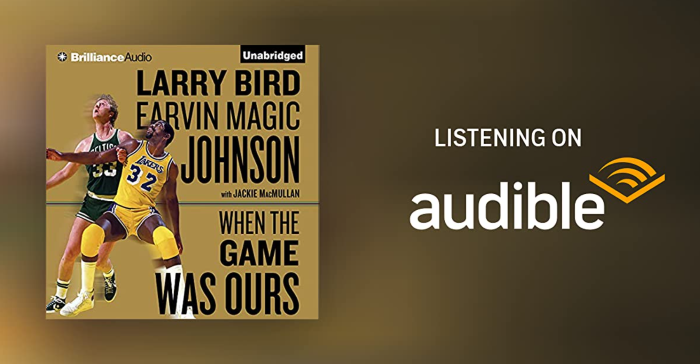 The book leads the reader to their injury-filled basketball days, and still, they gritted their teeth and continued playing. They talk about their private obsessions, personal downfalls, and intense relationship with basketball.

Vincent Lamont Baker, a former top basketball player, an NBA All-Star, and an Olympic Medallist, wrote a tell-all memoir about his dependency on alcohol and drugs. He convinced himself that he played better when he was high until it cost him his career. 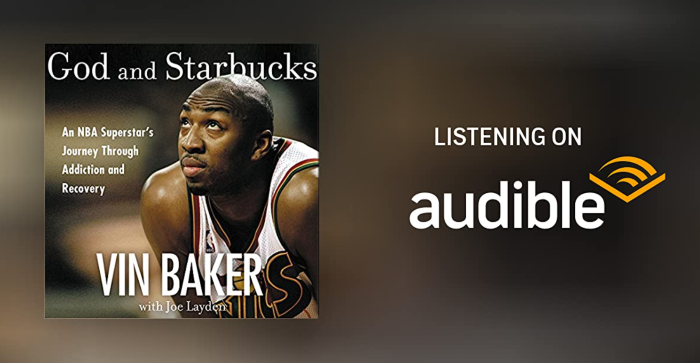 In his book, God and Starbucks, he has unflinchingly recounted his journey of falling from his top career. Then learning to stand up with the help of his religious faith. This incredible story of redemption and a transformative experience will keep the readers engaged. Vin is currently a youth minister and a manager at Starbucks. And since 2021, he has played as the assistant coach for his previous team, the Milwaukee Bucks.

The NBA player we were talking about who has written kids’ books is non -other than Stephen Curry. This recently released book for kids is called “I HAVE A SUPER POWER”  other than that, there are children’s books, and other books about basketball are also written by NBA players in the market. 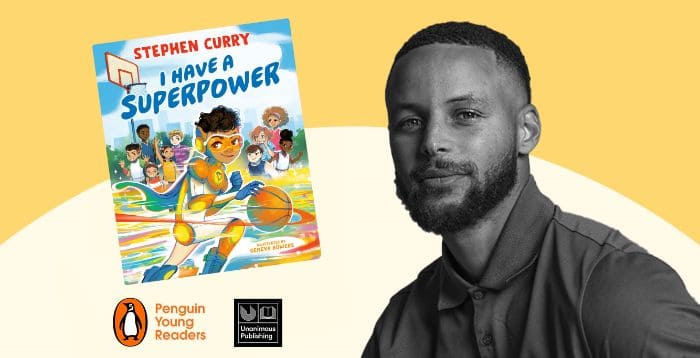 Regular NBA followers must have heard the name PHIL JACKSON. Phil Jackson was an excellent player. He had aced multiple seasons of the game. Phil Jackson has written a plethora of books over time. The book was mostly centered and revolved around his professional career. His books should be read by all, even by non-NBA fans, the content might surely encircle basketball, but the lessons of this book are otherwise powerful and valuable. Our favorite pick of Phil Jackson includes Sacred Hoops: Spiritual Lessons of a Hardwood Warrior. Buy it on amazon and give this masterpiece a read. 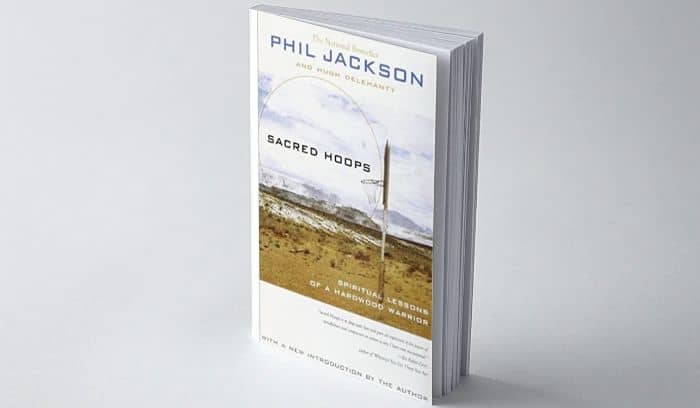 Other books by Phil Jackson include:

No doubt Phil Jackson has aced both basketball and books.

Where Can I Read These Books?

These books are available to be bought on Amazon and Barnes and Noble.

Are These Books Available In Audiobooks?

Yes. Amazon Audible has all the books in audiobook format

Are These Books Fiction Or Non-Fiction?

All the books are autobiographical. The players have used professional writers' help to better tell their stories.

What NBA players have written books?

Many NBA players have written books. The books they have written include both their professional and personal lives. Depending upon the popular choice, here are a few books listed. The Mamba Mentality: How I Play–written by Kobe Bryant, is worth reading other than the book by Larry Bird-Drive: The Story of My Life. Michael Jordan–Driven from Within is a book worth reading.

What NBA player is an author?

Many have this question about which basketball player has written books. The answer is many authors are authors. Michael Jordan, Magic Johnson, Kareem Abdul-Jabbar, Wilt Chamberlain, Bill Russell, LeBron James, Kobe Bryant, and Larry Bird are some NBA players who have written books.

Have you heard of The Mamba Mentality: How I Play? If you keep an eye on Nba, you will probably know this book is one of the most famous books of all time. This book's success has also led to Black Mamba's franchise, which has generated a multimillion-dollar profit. The late NBA player Kobe Bryant wrote this book.

The NBA players and their success were not just limited to the basketball court but also to the many accomplishments they have achieved, like being successful coaches, businessmen, and entrepreneurs worldwide known authors. Stephen Curry is one of those successful authors who has written a book named 'I Have a Superpower.' The specialty of this book is that it is a children's book.

These incredible top basketball players who wrote books wrote them as an outlet. They voiced out their grievances, their difference, their struggles, and their love for basketball. And you can read to find their rewarding success at the end of it all.

Books are a platform through which one can educate the masses about the inner workings of the human mind. In today’s article, we have seen the workings and challenges of being in an athlete’s mind. We should learn from The Mamba Mentality and face our fears head-on like these athletes.

4 Ways To Find A Book From Vague Descriptions