Ernest Hemingway’s literary oeuvre is immensely vast. And hence it can become a little overwhelming which Books to pick. Thus, today we are listing Best Hemingway Books.

But a little sneak peeks of Ernest Hemingway’s bio before we start talking about his works. He wrote both novels and short stories. He also won the prestigious Pulitzer Prize for fiction in 1953 and Noble Prize in Literature in 1954. Some of his best books (that we will give a detailed account of) are “The Old Man and The Sea,” “A Farewell to Arms,” and many more.

These Best Hemingway Books will not only make you fall in awe with him. But also tell you what you were missing in your TBR.

These are not just some best Hemingway books list. But also the list of the most classical literary work. So, let’s begin.

The Old Man and the Sea

This fine piece of literature by Hemingway is a novella. It is also his last book and the most praised one. It deals with themes of ego, gratification, perseverance, and reluctance. This novella was published in 1952. Not to reveal much of a plotline, this story is about Santiago, who is in his old age. 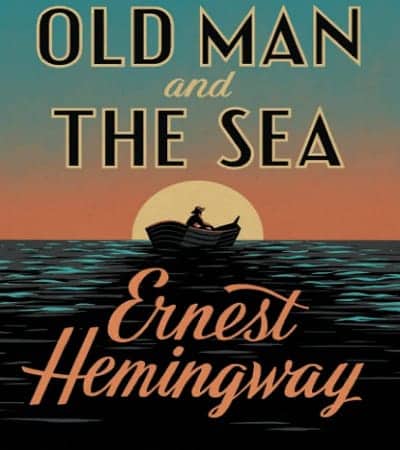 He has lived the life of a fisherman as a Cuban citizen. He starts his journey hoping its returns will yield him great pride and fame. Even though the plot looks pretty simple, it embeds in it great lessons. And this is a book that will stay with you the longest and makes you think about your intentions to pursue anything. This book is also considered one of the best Books by Hemingway.

Buy: The Old man and the Sea

This novel by Ernest came out in 1926. It is not only famous for its story but also for its epigraph. It is deeply philosophical and not a very simple read but a worthy one. The novel also demands you to read a little background on World War I. As this is the setting of the story is so. 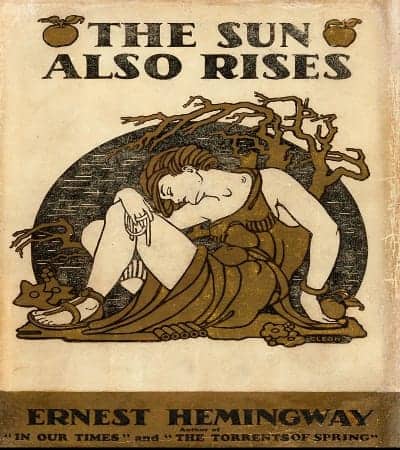 This book is another gem and still is considered one of the best books by Hemingway. The story has three main characters Jake Barne, Lady Brett Ashley and Robert Cohn. The story can further be divided into two levels. One of the hardships in battle and the other is a Romance story. This novel is a perfect pick for all those readers who want to read a new literary style. And look for some innovation in literature.

A Farewell To Arms

Not to demotivate you readers, but this one is another novel set around the background of World War 1. It speaks of the life of lieutenant Frederic Henry. This novel falls in the realm of Realism. It was published in 1929. Hemingway participated in the First World War and was even injured. This incident left a great impression on him as a writer, which is reflected clearly in this work. 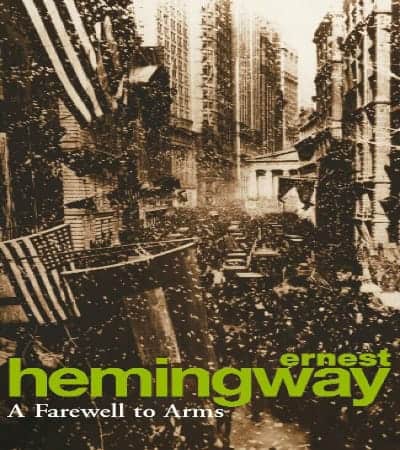 Like many other war novels by Hemingway, this novel also engages with issues of Battles, Bravery, and Honor. Now you must be wondering why then read this? The novel is considered one of the best books by Hemingway because of its narrative strategy. The novel narrative is irresistible because of the power of intimacy which Frederic and Catherine share. So if you are a romance buff, this is the perfect pick for you.

Buy: A Farewell to Arms

For Whom The Bell Tolls

“For Whom the Bell Tolls” was first published in 1940. One interesting fact about this novel is that its title is taken from John “Donne’s Devotions upon Emergent Occasions.” 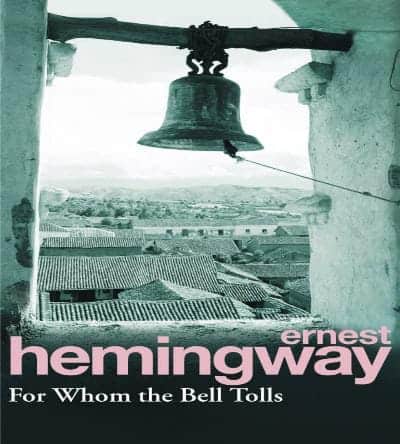 The book deals with the theme of war and love, like war novels. But then why should you read this novel? It is because of three reasons. Firstly, it is a fantastic love story. Secondly, it is also a great adventure story. So you see, the two best genres meet in this book. Isn’t it the best of both worlds? And lastly, this book deals with Death like no other. Sounds dark, Right?

Buy: For Whom The Bell Tolls

Coming to the last recommendation of the article. We have “A Moveable Feast.” Do not fall for the name. This book is not about some people having a summer feast while walking through the woods. On the contrary, the book is a memoir by Ernest Hemingway (1964). 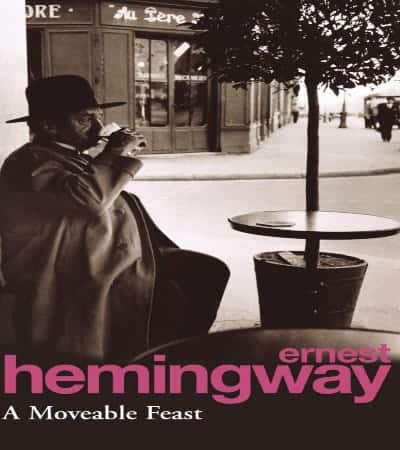 The memoir deals with Ernest Hemingway’s years in Paris. And shockingly, the reception of this book was quite a delight. Unlike other war novels of Hemingway, the work deals with subjects of Art, Poetry, and Life. And is a masterpiece just like many other Best Hemingway Books.

Now that we have seen the list of the best Hemingway Books let’s move to certain questions related to it.

What Ernest Hemingway book should I read first?

Answer - If you wish to start reading Hemingway, your first pick should be The Old Man and the Sea. We recommend this to you because it is a very short novella. And it is very engaging and gives a wholesome idea of Ernest's writing potential.

What is Ernest Hemingway's most famous work?

Answer : To date, the most famous work of Ernest Hemingway remains The Sun Also Rises. It is because of many reasons. The first one is because it deals with issues of war and love, which are timeless. And also, critics feel this book stands out in terms of stylistic experimentation.

What are some short stories by Hemingway?

Answer: Hemingway has written many short stories in his lifetime. The best recommended short stories would be The Short Stories of Ernest Hemingway: The Hemingway Library Collector's Edition.

What is Hemingway's best short story?

Answer - The best short story by Hemingway is The Snows of Kilimanjaro. with a release in 1936. Some other famous short stories to read are Hills with White Elephants and Old Man at the Bridge.

Which is Hemingway's popular theory?

Ernest Hemingway is accoladed for coining the iceberg theory. This theory proposes that a writer with deep knowledge of any subject matter will only tell a little about it. It is upon the readers to dig deeper into the meaning of the text. Hence, in some of his writing, he will tell a little like the tip of an iceberg. The rest is for the readers to search more.

Well, readers, we started by listing the best Hemingway Books. And here we are at the end. These Books’ subject topics are very similar but the stylistics employed are unique. Whether it be “A Moveable Feast” Or “The Sun Also Rises.” No doubt Hemingway’s contributions to 20th-century American writing is impeccable. We hope these books interest you and quench your thirst for Hemingway’s writings.

See Also: How long does it take to read 100 Pages?

10 Best Authors Like Stephen King That You Must Read