“In here is no fire or ash, no sulfur or shattering glass. Only silence, empty and cold.” Now, you must be wondering what I am quoting right here. These are some famous dialogues of renowned psychological suspense books. Novels are known for their grasping, mind-boggling and eccentric state of mind that keeps you on your toes, while you read ahead chapter by chapter, at the peak of being anxious about what is to come next or where will this sudden turn of events take the story. Best psychological thrillers books are known for their change of tones. What makes it a thriller psychologically often incorporates themes of crime, morality, multiple realities, or a dissolving sense of reality and unreliable narrators that psychological thriller authors weave. It mainly focuses on humankind’s devious depths, testing the limits of the characters or realities present in the book.

Here are some of the best psychological thriller books of all time found to be quite a read this year. Talking of thriller books, check out this amazing thriller series C.J Box Books In Order – Complete List

the book is an enigmatic thriller grasping you more and more as it proceeds, more into the story. The story is particularly based on the year 1968, the lead in the book ‘Joan’ is rather quirky and sarcastic, and the author has worked with the mysterious and unspeakable essence of the story till the very end. It is a quick read and has your endorphin level up. 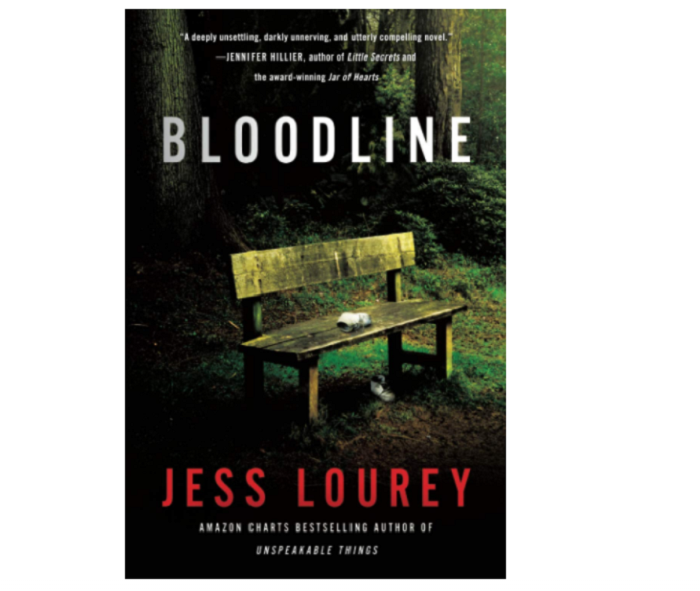 The best thing about thrillers is the fact that you get your mind worked up and be on the very edge while you read it through, and when the book ends, you remain deluded by the after-effects of it. It is a top psychological thriller books.

It describes the feeling when you are desperate to find out how the story ends but not bold enough to finish it. That is how this book makes you feel. On the contrary, it also reflects the realities of a family how one is forgotten. 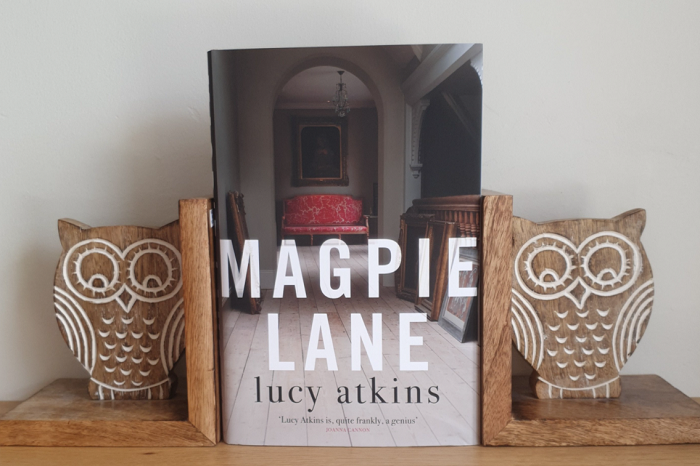 The story revolves around a nanny who is a suspect when an eight-year-old kid of a renowned family goes missing, and she’s the lead suspect. Similarly, as in bloodline, this book also revolves around the mystery of a place or related to a place but with more family involvement in it. However, it will leave you in awe of how the turn of events leads.

it also revolves around family and crime, how a daughter who is determined about finding out the truth about her father’s death and what her mother is hiding about, there will be situations in the novels that might be able to relate to, since we all go through family drama once in our life or every day. 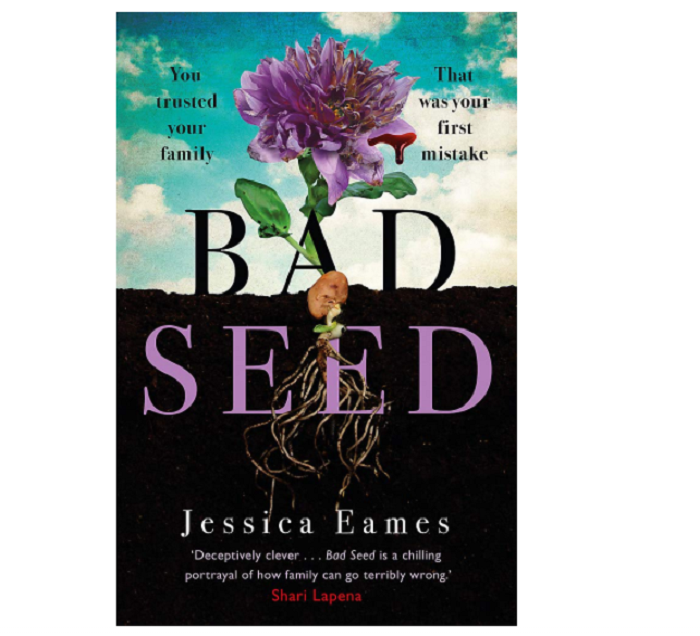 But, this thriller plays psychological games with you to test your imagination.

will leave you awestruck by a crime thriller and revolves around two sisters there missing mother, and a sudden turn of events that leaves them vulnerable to a serial killer. 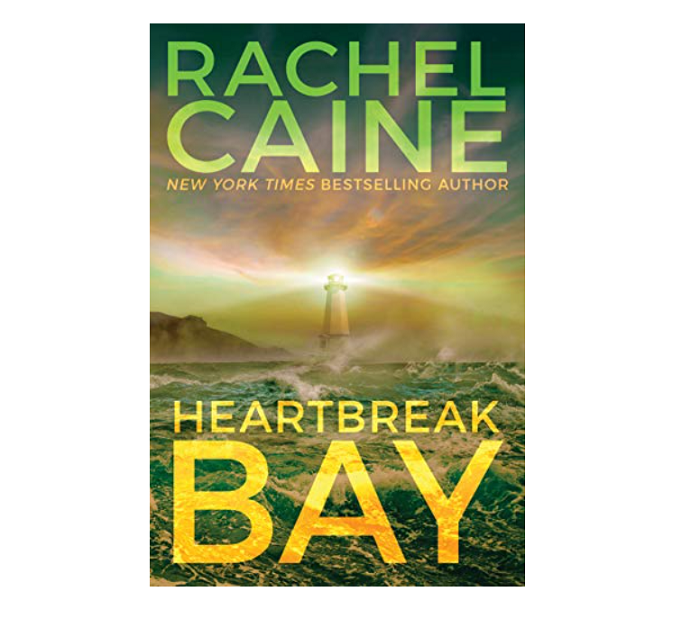 What sudden turn of events will lead to which end and the number of people killed increasing every day, well you’ve got to read to know.

See Also: Best Books Of The Decade | 9 Must Read Titles

The Good Sister by Sally Hepworth 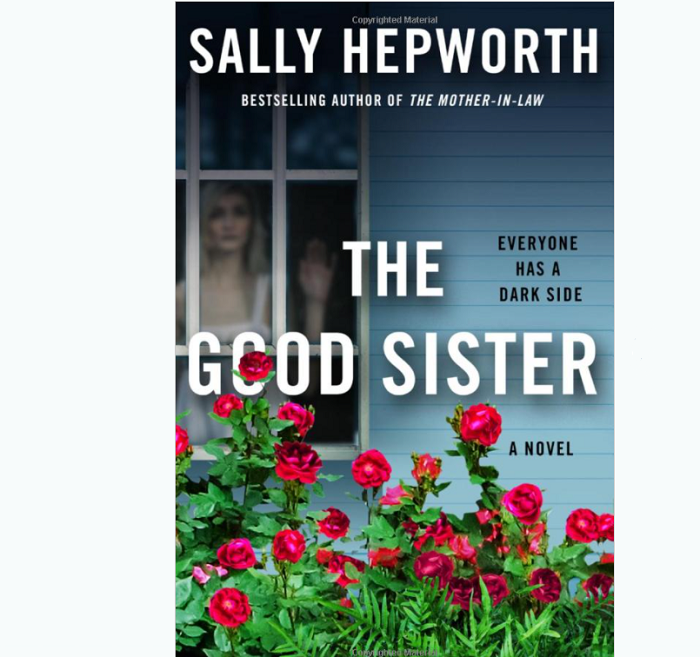 More precisely depicting the relationship between the two sisters and how the secrets and the decision they take will make what turn into their relationship.

displays the dark side of Manchester and a mother-daughter relationship while also covering a sense of uneasiness even when the protagonist, Holly Evans, feels settled for the first time in her life. Manchester’s underworld and her mother’s overprotectiveness leave her intrigued amongst the four walls of their new illegal sub-let. 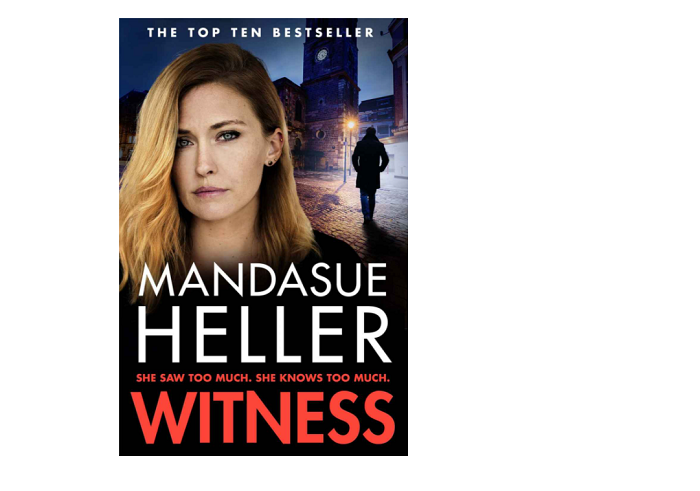 This book will have you gripping to your seats till the end as the secrets of Manchester, Holly, and her mother slowly unfold. Therefore it is one of the best psychological thrillers books.

This nerve-wrenching novel displays the vast meaning of how looks can be deceptive, and not all that glitters is gold. Marcus Valentine is an alluring and confident doctor with a happy family. 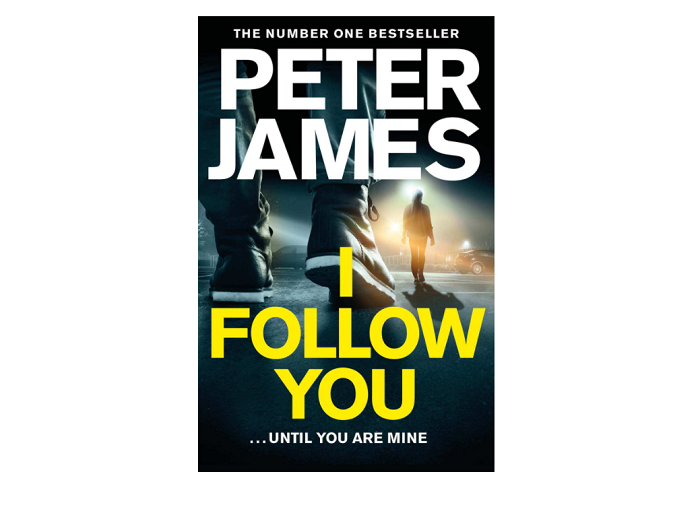 He feels that something or someone is missing from his perfect life. Until one day he encounters his past meddling with his present when he swears to have met a strange jogger. Now all his doubts seem to make sense. The unforgettable girl from his past has become his unhealthy obsession, leading him to fall into the turns and twists of the forthcoming events in life.

The Hiding Place by Jenny Quintana

Marina was found wrapped in a blue shawl at a shared house in London and gets named Baby Blue by the press, but she grows up to realize that she still isn’t aware of the truth about her birth. She stands a chance to know all of it when that house goes up for rent. 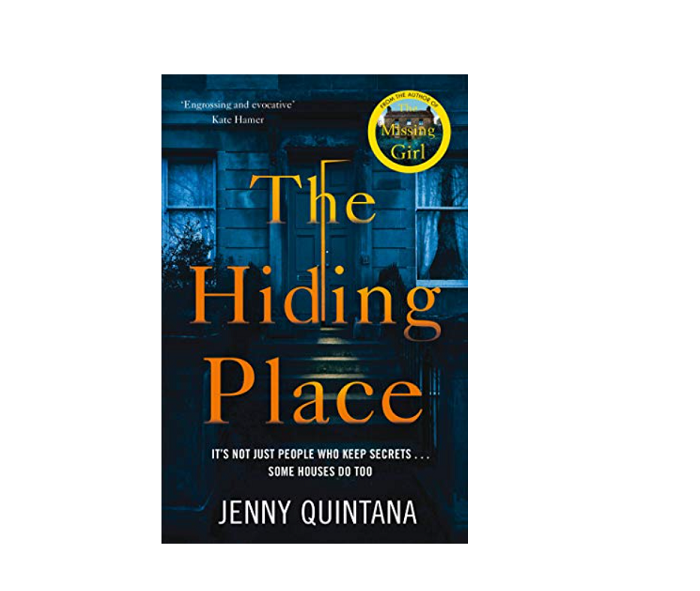 Maybe it’s not just the house that knows, but also someone who deliberately put her there just so no one knows the truth behind it all. She slowly tries to unravel devastating truths about her birth, her life, and the house. You’ll surely be on the edge of your seat for this one.

Girl In The Rearview Mirror by Kelsey Rae Dimber

portrays Finn Hunt’s life, who leaves behind her life in the Midwest and looks forward to starting a new one in Arizona, after which she finds herself a job as a nanny for the daughter of the U.S senator, but also feels pulled in their privileged and prestigious lives. 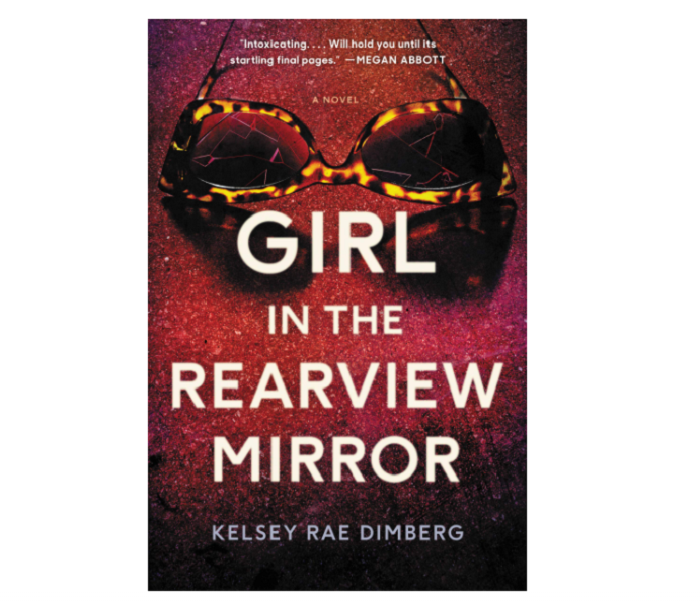 Tension unfolds when an absurd woman follows her, and she starts to realize that the senator and his family are not what they always pretend to be, and there lay some of the darkest secrets that will change the way she always assumed they’d be. This novel will surround you in a strange atmosphere of mystery, lies, and drama: the best political elements and a great deal of a psychological thriller packed in one. It is a great pick from the best psychological thrillers books list.

Welcome to the chapel farm. In five hundred years, eight protestant martyrs were burned at stake. After thirty years, two teen women disappeared while not a trace. And two months later, the vicar of the native parish kills himself. Reverend Jack Brooks, one parent with fourteen-year-old female offspring and an important conscience, arrives within the village hoping to create a chance and notice some peace. 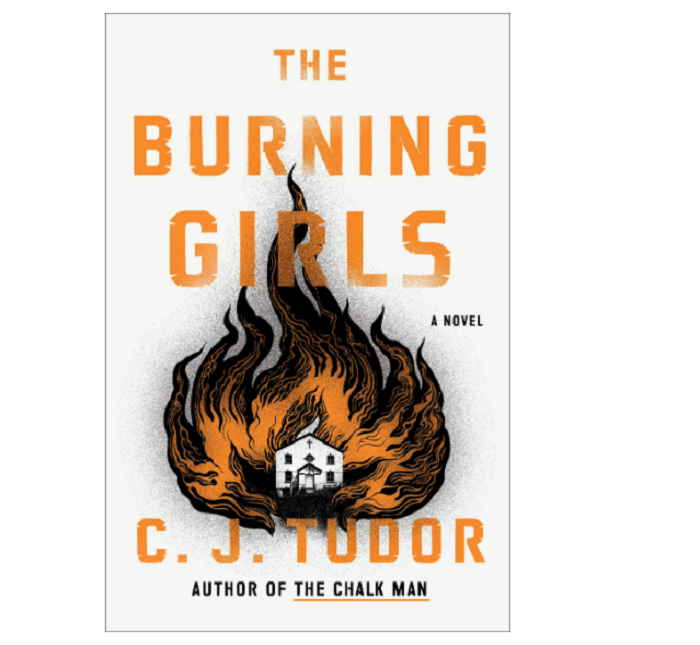 Instead, Jack finds a city in secrecy and an odd welcome package: a previous dispossession kit and a note quoting scripture. “But there’s nothing coated up that may not be unconcealed and hidden that may not be renowned.” A lot of Jack and female offspring Flo gets aware of the city and its strange denizens, the deeper they’re into their rifts, mysteries, and suspicions. And once Flo is troubled by strange sightings within the previous chapel, it becomes apparent their area unit ghosts here that refuse to be arranged to rest. But uncovering the reality may be deadly in an exceeding village where everybody has one thing to safeguard. Everybody has links with the village’s bloody past, and nobody trusts an outsider.

The Push by Ashley Audrain

Blythe Connor is sure that she’s going to be the nice and comforting mother to her new baby, Violet. But within the thick of motherhood’s exhausting period, Blythe becomes convinced that one thing is wrong together with her daughter–she doesn’t behave as most kids do. Her husband, Fox, says she imagines things. 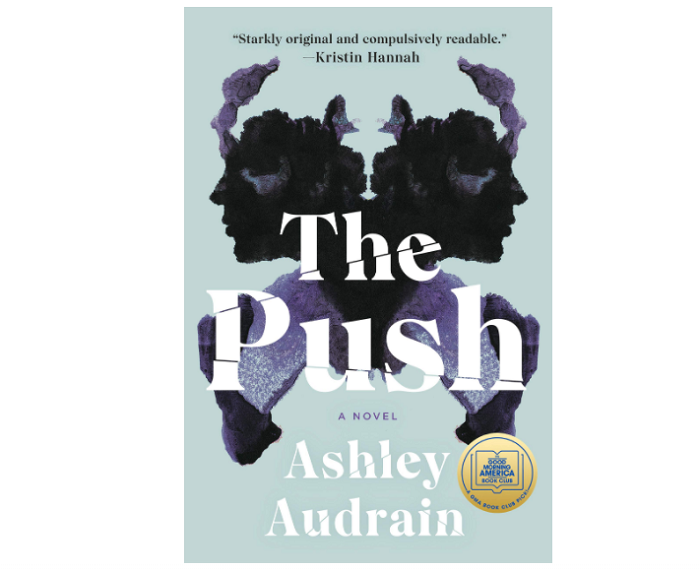 The additional Fox dismisses her fears. The additional Blythe begins to question her mental health, and also the additional we start to question what Blythe is telling the U.S. regarding her life similarly. Then their son surface-to-air missile is born–and with him, Blythe has the happy affiliation she’d continually fanciful together with her kid. Even Violet starts to like her blood brother. However, once life as they realize changes, the devastating fall-out forces Blythe to face reality. It is definitely an exciting choice from the best psychological thrillers books.

A razor-sharp, evilly good suspense debut concerning associate bold influencer mama whose soaring success threatens her wedding, morals, and family’s safety. Millions follow her, her adoring fans watch her one to one, Emmy Jackson, aka @the_mamabare, is the honest “Instamum” United Nations agency continuously tells it to find it irresistible is. 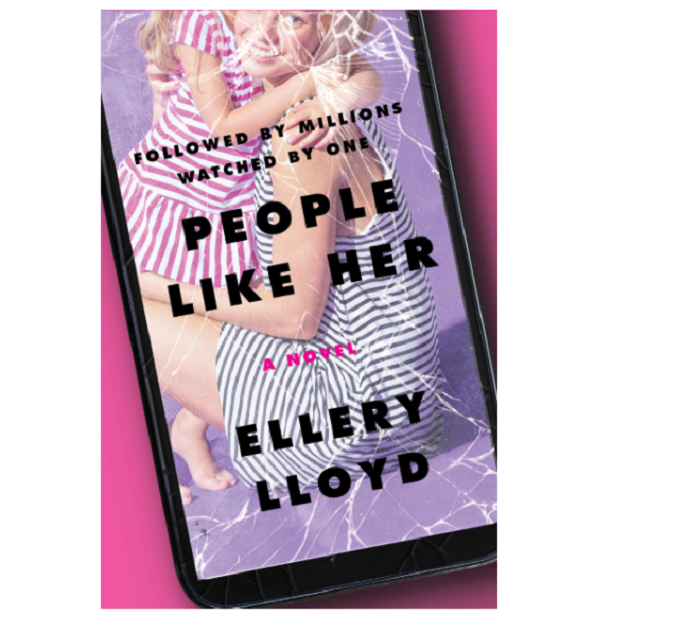 To her skeptical husband, a done for author United Nations agency is aware of simply however inventive Emmy maybe with the reality, she could be a breadwinning powerhouse chillingly sensible at monetizing their family’s intimate details life. To one of Emmy’s hazardously psychoneurotic followers, she’s the girl that has everything—but deserves none of it as Emmy’s wedding begins to crack underneath the strain of her growing success and her ethical compass veer.

If I Disappear by Eliza Jane Brazier

Sera loves true crime podcasts. They create her feel sceptered in an exceeding world wherever girls rather like her disappear daily. She’s positive they’re getting ready for her, for one thing. Therefore, once Rachel, her favorite podcast host, goes missing, Sera is aware of it is time to act. Rachel has perpetually tutored her to trust her instincts. 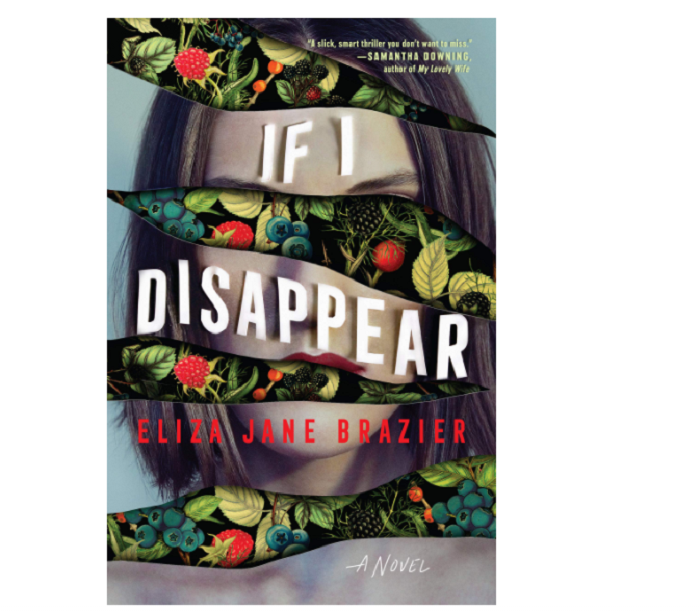 Sera follows the clues hidden within the episodes to associate isolated ranch outside Rachel’s tiny town to start her search. Sera is sure that her investigation can create Rachel. And is, therefore, proud. However, the additional Sera digs into this foreign world. The additional off things begin to feel. As a result, the lady isn’t the primary woman to fade from the ranch, and she will not be the last…Rachel did try and warn her. These best psychological thrillers books keep you on your toes.

The Wife Upstairs by Rachel Hawkins

Meet Jane. New arrived at Birmingham, Alabama. Jane is a skint dog-walker in Thornfield Estates. The type of place where nobody can notice. Jane lifts the discarded tchotchkes and jewelry of the aspect tables of her well-situated purchasers. Wherever nobody can assume to raise if Jane is her real name. But her luck changes once she meets Eddie Rochester. Recently single, Eddie is Thornfield Estates’ most mysterious resident. 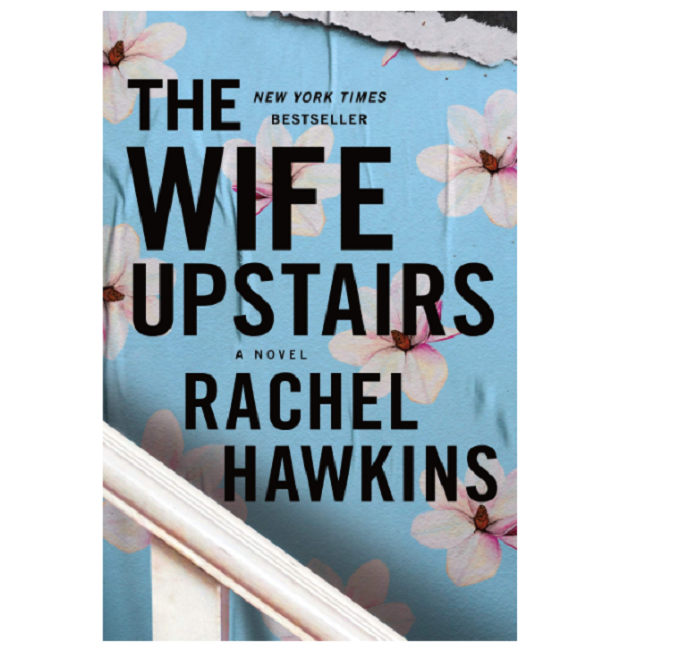 His wife, Bea, sunken in an exceedingly yachting accident together with her ally, their bodies lost to the deep. Jane can’t facilitate. However, she sees a chance in Eddie not solely is he wealthy, brooding, and handsome. He can conjointly supply her the type of protection she’s continuously yearned for. Yet as Jane and Eddie fall for every alternative, the legend of Bea haunts Jane progressively. Associate in Nursing formidable beauty with a rags-to-riches origin story, World Health Organization launched a wildly no-hit southern manner complete. However, will she, plain Jane, ever live up? And may she win Eddie’s heart before her past or his catches up to her?

These are some of the best psychological thrillers books worth the read, but the list would go and on. Because hey!! A list of good books never ends. I hope you will end up reading at least some of them. Let your imagination run free and make you feel excited about the turn of events. I’m pretty sure you won’t be disappointed.

Best Books Of The Decade | 9 Must Read Titles

How Many Books Can You Read in A Year?