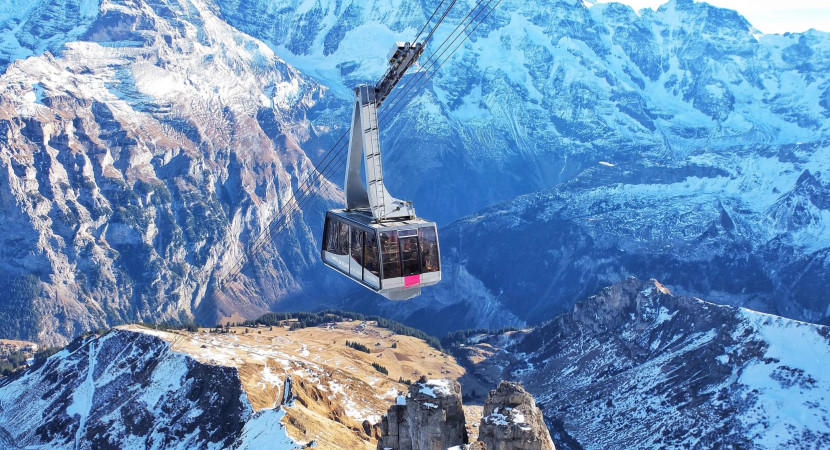 The books about Switzerland paint its scenery so vividly that it strikes everyone’s hearts. Switzerland is a European country central to the mountain, home to lakes, villages, and high peak cliffs. Remote from the astonishing view, Switzerland is prominent for its Swizz chocolates and watches. Rolex originated in Switzerland. Apart from this, the country’s economy is highly progressive, banking and finance are the key industries, and tourism is world-famous through its ski resorts and hiking trails.

In the era where the quote “a little knowledge is a dangerous thing” is at its peak, it becomes implicitly important to know the significance of reading. Knowledge is the greatest power, and a pen is mightier than a sword. Therefore reading is the need of the hour. Working as a catalyst in every productive field. Precisely, reading about something that solely depicts a place, the geographical structure, the beauty, the culture, and its essence is a very informative part of reading.

Authors have been to places searching for the content search for direct knowledge that comes through research, observation of the place or country, knowing about the people and culture. Switzerland is one such beautiful place where authors and writers have constantly been finding their fate. Places with scenic beauty and elegance get the best out of writers. And Switzerland is one of those places one can stay for ages. There are many stories, travel guides, and books about Switzerland that tell us briefly about the place.

There are four national languages of Switzerland; German, French, Italian, and Romansh. Although the national languages, French, German, and Italian, share equal status under the Swiss Confederate’s Federal Administration. At the same time, there is Romansh which helps in local people interface. To portray the reflection of the country, some circumstances see the usage of Latin.

Switzerland has its currency, which is the Swiss Franc (CHF). Most Schengen countries don’t have their currency. People also use Euros in most of the places. At the same time, the national currency stays the Swiss Franc. There are a lot of classic books written in and about Switzerland. These also include travel guides, love stories, curated books based in Switzerland, and the list goes on.

To steep in through Switzerland’s valley’s let’s discuss the top 5 books about Switzerland which everyone must read. Every country has its battles and battle lands. If you Switzerland fascinates you or tourism and you want to know more about the country, these are a must-read.

Must Read Books About Switzerland

Inside Europe’s Landlocked Island By Diccon Bewes in 2010, after ten years at Lonely Planet and Holiday Which? Magazine, he decamped to Switzerland. And after the incredible success of Swiss Watching, he is a full-time writer. And has several Swiss books like Slow Train to Switzerland, Around Switzerland in 80 Maps, How to be Swiss, Der Schweizversteher, etc.

But in particular, Swiss Watching tells that there is more to Switzerland than banks, skis, watches, francs, and cheese. The writer interprets countries geography “One country, four languages, 26 cantons, and 7.5 million people (only 80% of whom are Swiss): there’s nowhere else in Europe like it.

“Readers” words convey that the author was tremendous in merging the history of Switzerland with his own experience and opinions and show what’s present beyond the stereotype, with a touch of British humor. Highly recommended to travelers who are thinking of shifting to Switzerland or the ones who already have the perfect book for a non-Swiss resident.

The Swiss Family Robinson. A novel by Johann David Wyss, first published in 1812. The original name “Der Schweizerische Robinson” is a perfect book for seeking more tales and less boring facts. This novel consists of such a tale where a Swiss family which consists of a father (also the narrator), the mother, and four sons, who are migrating seaways and meet with an accident which enroots their way to a nearby island and then the survival tale with a conclusion begins. The Swiss family survives and has a slight glance at the culture and way things every Swiss family would do in these situations.

But if you’re opting for a book with travel or geographical facts about Switzerland, this is not the one.

The Swiss Family Robinson barely contains any facts or travel details about Switzerland but is a must-read for those curious about novels and tales and are from or fascinated by the Swiss family.

In Search of Heidi, Chocolate, and My Other Life Book by Anne Herrmann, who is a professor emeritus of English and women studies at the University of Michigan and author of 4 other books published Coming out Swiss in 2014, which is an autobiography and travel literature wherein Anne Herrmann is a dual citizenship holder who’s born and brought up in New York to a Swiss couple.

First published in 1976, this book about Switzerland explains how Switzerland works economically, politically, and language and identity. The recent addition by Jonathan Steinberg was published in 2015 with additional illustrations and a complete reverse chronology.

A recommendation for Swiss citizens and those fascinated by Switzerland is knowing all the data facts and figures with Jonathan Steinberg’s opinions.

A Farewell To Arms

A Farewell to Arms is a Swiss romantic novel. Ernest Hemingway is the author of this book. Ernest was a novelist, journalist, short story writer, and sportsman. He was also very influential on 20th Century fiction. A Farewell to Arms was first published in 1929. It is the story of an American ambulance driver and an adorable English nurse at the battlefield of World war I. Likewise, this novel states everything possible at the critical time, the war to which everyone was a witness, the revolution, and to light it all up there is a love story with heart touching dialogues.

Recommended for all those who prefer a love story or action or action love story. This novel is the perfect blend with a shovel of the Swiss narrative.

Hotel du Lac is one of my personal favorites. The 1984 Booker Prize-winning novel ‘Hotel du Lac’ written by the English writer Anita Brookner. It revolves around Edith hope, a novelist staying in a hotel on the shores of Lake Geneva. How she met an attractive middle-aged man, Mr. Neville, including other English visitors, Mrs. Pusey, her daughter Jennifer. She puts herself in an uneasy friendship with Mrs. Pusey and her daughter Jennifer and later receives a marriage proposal from Mr. Neville, a wealthy businessman. Anita Brookner was born to Newson and Maude Brookner on July 16, 1928, in London. Her mother was Jewish. She was a former professional singer.

Criticism is a connected part of any fabulous piece of art that made history change. Hotel du Lac, the 1984 Booker Prize winner, the most prestigious award in Britain, also gained controversy. The story’s plot and background was a subject of admiration. However a traditional kind of novel, for instance, of some creative elements, was unfairly a subject to criticism, which found it unworthy of the award. However, reviews in Britain were a success Hotel du Lac was a bestseller. Within the first five months of the publication, Brookner sold over fifty thousand copies. It was an overall success.

It is a novel by Johann David Wyss. It was first published in 1812. The Swiss book says a story of a Swiss family of immigrants whose ship en route to Port Jackson, Australia, goes in against direction in the east indies. The storyline of The Swiss Family Robinson outlines the struggle of a family to get themselves a new life on a tropical island. From its first appearance in 1812, it had created an innovative and adventurous tale. It is one of the very loved stories of survival, which gives hope to the readers. One of the world’s best and loved stories of hope and survival. Portraying on a classic script of adventures from its very first appearance in 1812.

Johann David Wyss was born in Bern. He wanted to portray a story through which his children could get inspired. The novel was first published in German, then in a few years, the novel was translated to English . However, his son Johann Rudolf Wyss was the editor of the book , the basic idea and writing play on him. Many believe that Daniel Defoe’s Robinson Crusoe inspires the novel. Johann David Wyss died in 1818 after living a life of 74 years. He was a famous and adventurous writer of his time. He also gained critics’ exclamations for his works.

Slow Train to Switzerland is a book written by Diccon Bewes. One tour, two trips, and one and 150 years – and the world of change- apart, this is the full title of what this book is about. It is the story of the first conducted tour of Switzerland, briefing on how it changed the Swiss and the way we travel. It’s a story of English travel writers, the British Swiss, and a great tale of trains and wonderful tourists.

This was the first trip to the Alps, with seven people leaving London in the summer of 1863. As it takes them to great adventures throughout the mountains and the scenic beauty of the Alps. This was truly historic for Switzerland.

Switzerland was an emerging country then. But this story tells how the English tourists helped transform Switzerland. Because the success of this tour meant a revolution for the place. The tourism sector changed from the vacation of few lavish people to mass tourism in Switzerland. As we know now Switzerland is one of the richest places on earth, and the rest we know is history.

Heidi, a children’s novel written by Johanna Spyri, published in 188, is a work of children’s fiction. It is a classical fiction for children depicting the story of a 5-year-old girl. She lived in the Alps under the guardianship of her grandfather.  Heidi was published in two parts l, first, Heidi: Her Years of Wandering and Learning, and part two, Heidi: How She Used What She Learned. It is among the best Swiss book ever written in literature. It is remarkable in every way, also being a bestseller in children’s fiction.

After the success of Heidi, which was first written in German, it was then translated into 50 languages. Spyri portrayed the mountains and the Swiss Alps beautifully. He portrays a very simple character of Heidi to let children connect to the character. He believed in the originality of children. Many movie adaptations are made on Heidi. An English language film made in 1937 by Delbert Mann, which was a hit at that time.

Scrambles Amongst The Alps

Edward Whymper is the author of this book. This book is his own story of climbing in the Alps for nine years. Scrambles amongst the Alps was published in 1871. Whymper perfectly writes it. The thrill and sheer bravery of him while encountering the mountains is simply breath-taking. The thriller elements in the book redefine it, staying in the Alps when there were merely no facilities like nylon ropes, thermal clothing, specific techniques, and air rescues makes his experience more extraordinary. It is also considered one of the best adventure literature ever written.

Edward Whymper was a wood engraver. When he saw the Alps for the first time he was only 20 years old. It was then in 1860. The high mountain seems to him more like a challenge than a piece of fascination. Also, his dream was to become an articulate explorer. Soon he becomes one of the best climbers in the nascent field of mountaineering. However, Whymper also faced failures. The most devastating was the Matterhorn mountain, which was called the Holy Grail at that time. He succeeds in his eighth attempt. Scrambles Amongst the Alps is considered classical climbing literature among the Switzerland books.

To Know The Best Free Kindle Books In 2021 [Click Here]

The list of best books about Switzerland ends here. I hope you found this article fruitful. Please let us know what do you think about my content in the comments section below. Thank you!:)