Apart from literature’s pleasure or aesthetic beauty, it also has some moral purpose or some distinct type of usefulness. Sometimes, it gives an account of how things were during a period or the country’s culture and heritage. Literature has the powerful ability to immortalize events, culture, traditions, and even a person’s feelings towards all this. It also has the power to move the readers, sympathize with the characters, and understand and receive knowledge of how things once were. The books about Tennessee are undoubtedly great pieces of literature.

This article compiles a list of exceptional stories and books that revolve around the state of Tennessee, USA. Written by some of the wisest Tennessee authors and other authors of all time, these books celebrate the true joy of reading. There are many Tennessee writers, but we bring you the best of the best.

The Firm is a legal thriller written by John Grisham. It was Grisham’s second book but the first one to gain a tremendous amount of popularity. The story’s protagonist is Mitchell McDeere, who was a successful lawyer. He was born and raised in the coal-mining region of Kentucky. He worked hard to make his way out of menial labor and poverty. 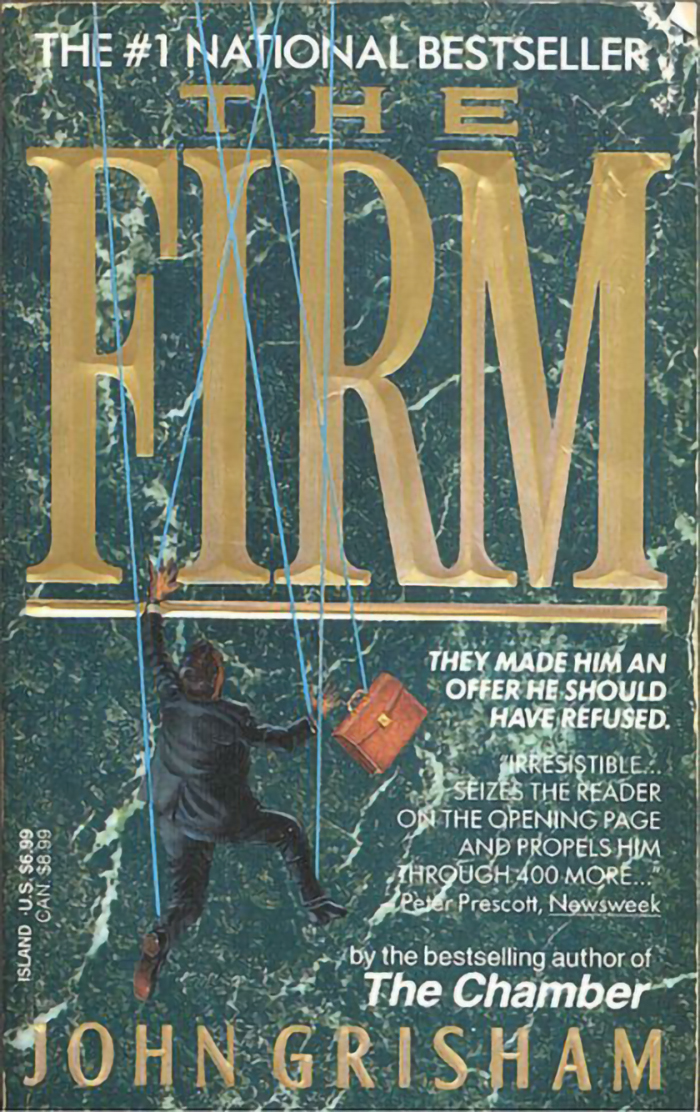 This is one of the books about Tennessee set in several places all over the United States and the Caribbean. The crux of the story having its setting in Memphis, Tennessee, Memphis is adjacent to the Mississippi River. It is also the second-largest city in the Southeast. As the taxes are lower in Memphis than in other big cities, it has become highly popular as a location for offices for national and international companies alike.

The book’s protagonist, Mitchell, gives up his offers at other law firms in places like Chicago and New York to go with a firm in Memphis. He is more fond of the city and the firm’s familial atmosphere and believes this city to be a better choice to raise a family with his children. To this decision of his, his wife agrees.

The irony of the story lies in the fact that Memphis, too, turns out to be a corrupt city, much like the other cities that Mitchell earlier disregards. This leads to him fighting for his morality and life.

Flight Behaviour by Barbara Kingsolver was published in the year 2012. The book revolves around the life of a woman, Dellarobia Turnbow, born and raised in Tennessee. The story is about how Dellarobia gives up on her monotonous life and marriage and decides to have an affair with a young telephone repairer. However, soon after she takes this decision, she finds a big blur of orange in the sky. She thinks of this as a bad omen and refrains from going ahead with her initial plan. Her father-in-law, Bear, is determined to destroy the area after he witnesses a rather baffling sight of a million monarch butterflies covering the trees and scenery. The people have their doubts when it comes to the intention of this situation, whereas Bear is still keen on destroying the trees. 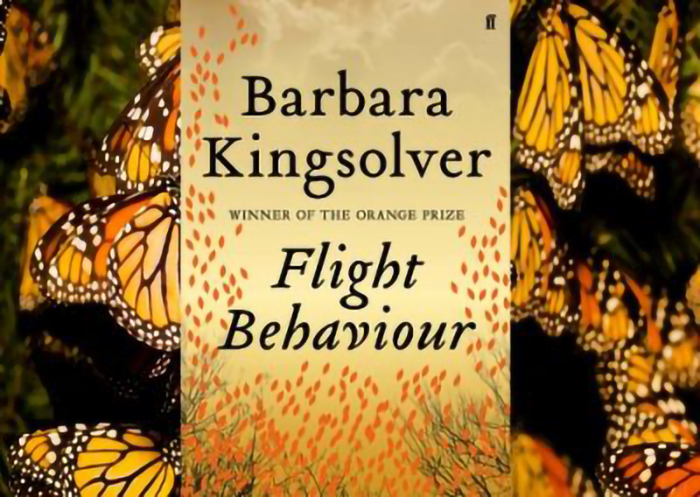 A scientist named Ovid Byron is also appointed to give the science perspective. Dellarobia gets rather close to him during his tenure and starts developing a fondness for him.

But the sight of his wife makes her realize how impractical her future with him is. She is still unable to come to terms with her husband, Cub, who she feels is holding her back. Therefore she decides to divorce him and move on with her life, and follows what her heart wants.

Stillhouse Lake by Rachel Caine was published in the year 2017. This is a dark and mysterious book that begins as a seemingly harmless story about Gina Royal. Gina is a typical housewife who is living a simple happy life with her husband and two children. However, an unfortunate turn of events leads her to unravel that her husband is a serial killer. She makes a new identity for herself as Gwen Proctor, and after putting her husband behind bars for his crimes, she feels she can finally live in peace in the company of her children.

This is when things start to get suspicious as a body turns up in Stillhouse Lake. Gwen realizes that to protect her family and sanctity, she needs to keep her friends closer and her enemies at bay. Therefore, as the rumors of her connection to her husband’s condition start spreading, she decides to fight for her children’s sake and well-being. This story is one of determination and dedication and shows exactly what lengths a mother would go to protect her children and start over a new life. One of the absolute must-read books about Tennessee.

Alice Walker writes the book The Colour Purple in the year 1982. It is an epistolary novel that has won a Pulitzer Prize for its strong take on societal issues and drawbacks. Initially set in Georgia and then Tennessee, this novel truthfully depicts the hardships of the southern African American women in the 1930s. This book also gained a lot of negative responses and was also banned in a lot of places. It undoubtedly faced immense opposition for stating facts and giving the readers a taste of reality. It is truly a book that makes one think. 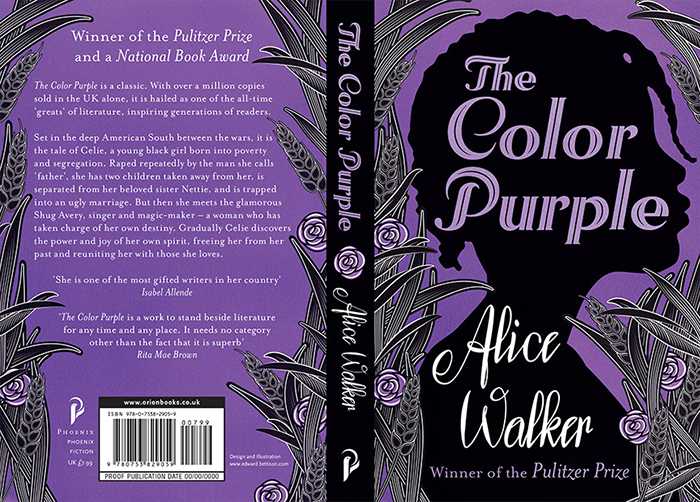 The story contains violence and sexual abuse, making it all the more explicit and controversial. The main character in the novel is Celie, her father rapes her and she gives birth to two of his children. Whom she believes he sells or is dead. Later she gets married to an abusive husband, making it all the more difficult for her. This book sheds light on the torture that some females had to face in those times and depicts how strong they had to be, mentally and emotionally, to fight through such traumatic and life-altering circumstances.

Elizabeth Zguta writes this book. It is about a quirky family, the de Gourgues, settled in Memphis. The three siblings in the family find it difficult to survive in a world teeming with supernatural forces and evil enemies. Emilie, the protagonist of the story, discovers her magical powers when she tracks down the origin of a curse that had been cast upon her family for many generations. 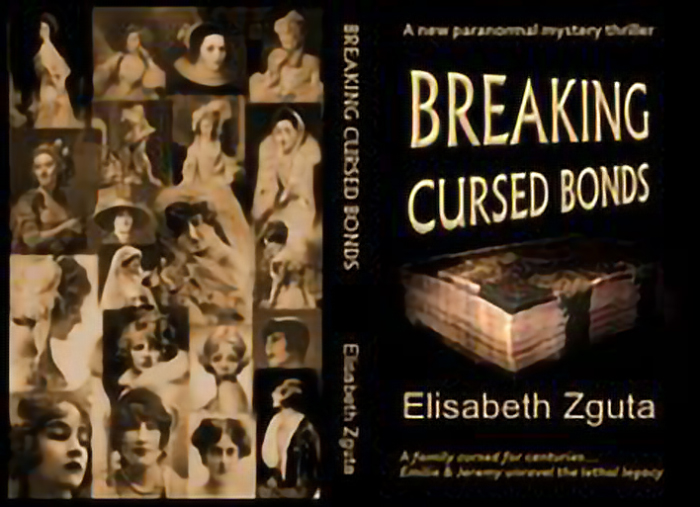 She meets Jeremy Laughton on her quest and falls in love with him. Together, they travel from Memphis to New Orleans and then from Florida to France. They travel to break the curse on time.

Girls of the Atomic City

The plot of this non-fiction is ready within the rural fields of Tennessee, wherever a gaggle of girls functioning at Oak Bridge helped the United States of America (USA) win the second war. A Brief outline – The classified government site was created on the face of it long once plots were bought up, and The government employed thousands to spread roles. However, they didn’t understand they were serving to create the atom bomb be born on the city. 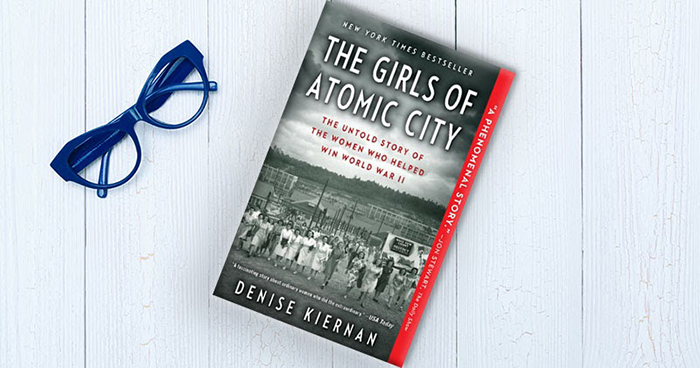 Young girls from little cities were tasked with keeping around the calutron machines’ clock watch that separated metallic element isotopes. During this remote community, these girls found their friendships and relationships. This true storyline demonstrates the wit and determination of women to play a small part in the success of their country. This also showcases the boldness of women at a time when contemporary society believed in sexist thoughts.

A Death in the Family

One of the top books of its time, this James Agee written classic, figures the return of a man to his home in Knoxville, a town in Tennessee. The climax then cooks up with the sudden death of the man. His family must now cope up with his unexpected demise and grow financially. 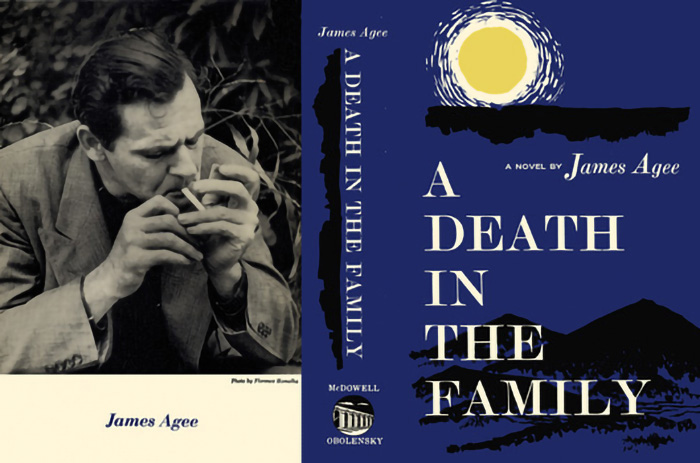 This fiction mainly tells us about the stories and life of the disturbed life members and their rise to happiness again. Wonderfully and Thoughtfully return novel which has received its deserving attention world-wide.

Do not confuse this. With the same name, Twilight written by William Gay is a gothic novel set in Tennessee. Adolescent siblings sense a vibe of awry when they decide to visit their smuggler father’s grave. To their utter surprise, they discover their dead father not present in the casket, and this is where the story starts boiling. They try to learn the truth, and after a few days of effort, they understand the secret about the town’s undertaker, who has been manipulating the dead. They gather the evidence. 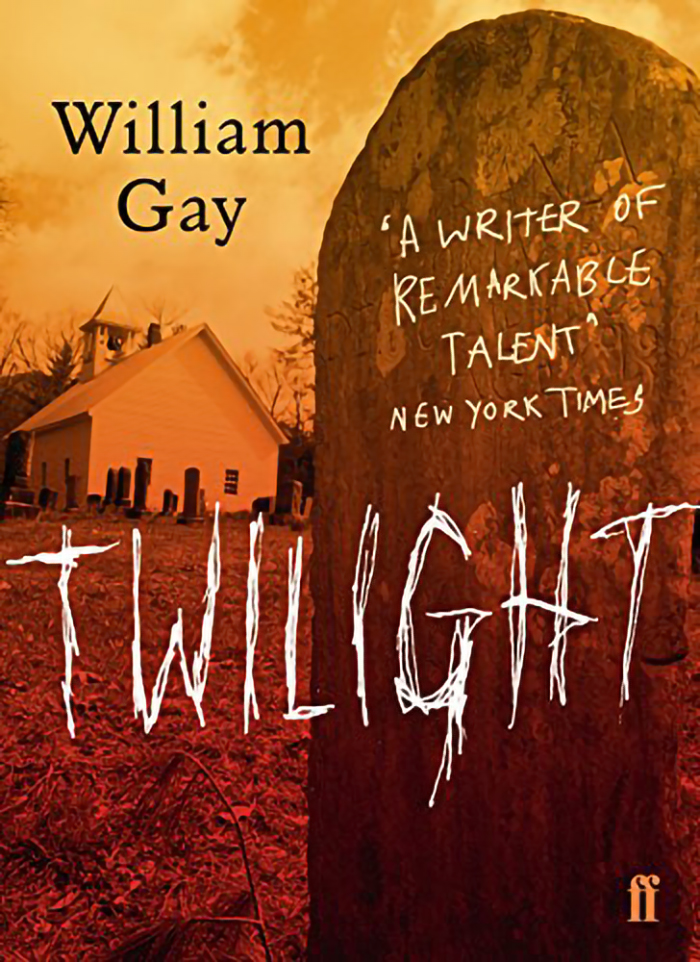 However, no sooner do they complete this risky expedition than they are chased by the hitman and murderer appointed by the undertaker. The pair go on to hide and run through the backwoods for rescue. This fictional story makes you dive into the books and experience every bit of action. This book has also won multiple national awards for its cryptic storyline.

This biography portrays the secret life of Photographer Ernest Withers. Among the books about Tennessee, this is based on true accounts. This book puts together the complicated life that captured and betrayed those in his photos. Bluff city conveys the story of a lensman who captured some of the most iconic and significant portraits and images of the Civil Rights Movements, including some awkward pictures of Martin Luther King Jr. 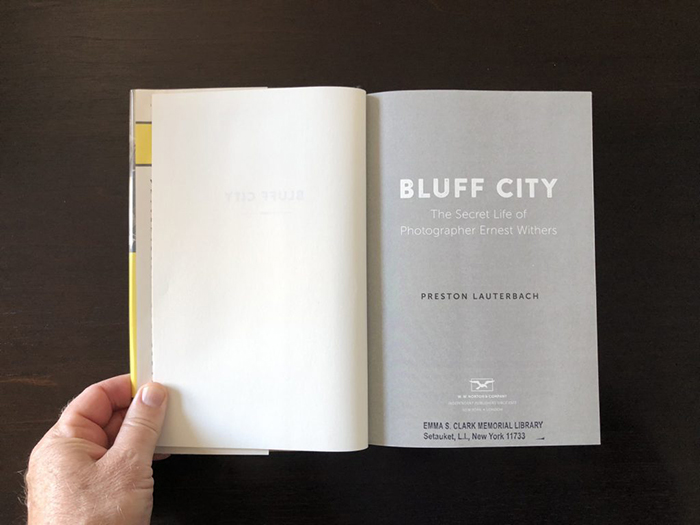 During this time, he was also working with the FBI as an informant. This book seems interesting to read once a reader grasps it in his hands. The story deepens further as you read on. After all, Biographies and Autobiographies make you a level wiser every time you read.

It is an American horror novel by Brent Monahan, having its setting in Northern Tennessee. The basis of the novel is a local folklore that revolves around the supernatural occurrence of a spirit, that is the cause of some witchcraft. Mystery and danger fills the novel,  engrossing the reader in the novel. The Bell Witch captivates the audience with frequently occurring unnatural events. 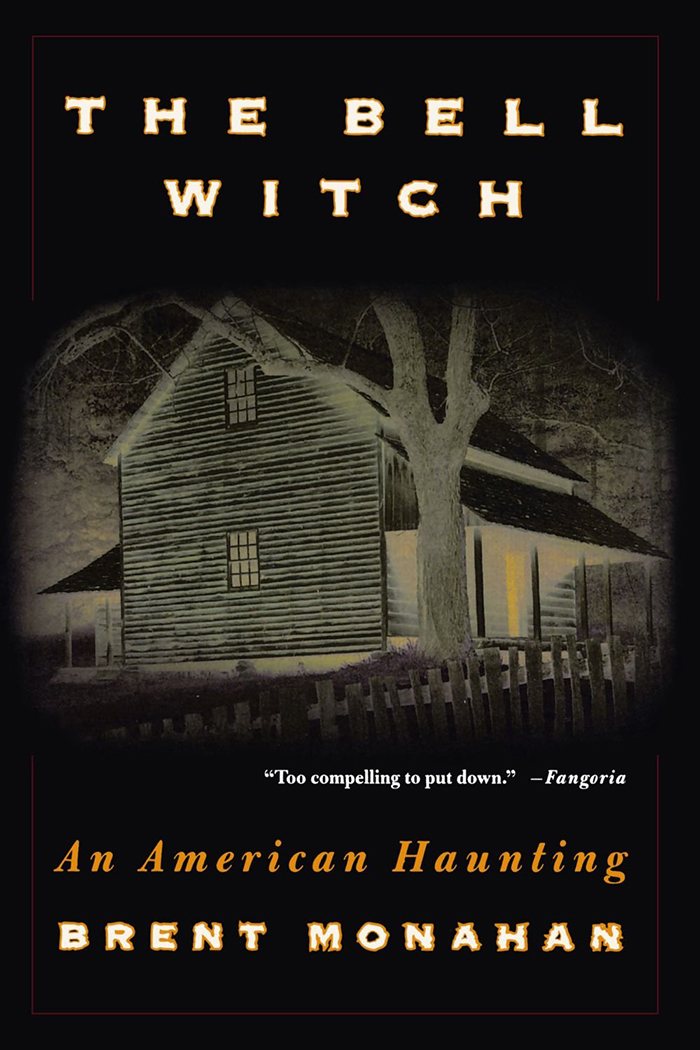 With their rival curing the Bell family as part of a land dispute. This curse comes to life and haunts the young girl in the family. There is a disturbance in the wind, and at night, things lurk in the dark. Later, the truth is reveals itself behind the misfortunes that fall upon the girl, which acts as a warning for the coming generation where the past will repeat itself. The last entry of the list of books about Tennessee is a must-read.

The list of best books about Tennessee end here. I hope you guys enjoyed the article. Feel free to surf through my site to find more such awesome content. Thank you!:)

9 Must Read Books About Switzerland