10 Best Books For People Who Don’t Like To Read

We all have been listening to super successful people talking about how the habit of reading books changed their lives, and there is no problem in this world that a book can’t solve. They are not wrong, but not everyone loves books or has the patience or concentration to read a book. If you want to get into the habit of reading as a beginner, these are the 10 books for people who don’t like to read.

What happens if you don’t read books? Well, this is one of the best questions for today’s era of the digital world. If asked before the pandemic, the answer might differ from what I will explain today. Here are the best books for people who don’t read but eventually want to read.

See also: 7 Best Books For Couples To Read Together To Bond

Top 10 Books For People Who Don’t Like to Read

Following are the books you can try if you are a book person.

Me Talk Pretty One Day By David Sedaris

Me Talk Pretty One Day is a humourous compilation of essays by David Sedaris. This is inspired by his experience of trying to learn French from a very sadistic French teacher when he moved to Paris from New York. Me Talk Pretty One Day was released on May 2, 2000, to give you an idea of the book’s timeline you are getting into. This book has multiple essays, so that’s how you know you can take breaks while reading. 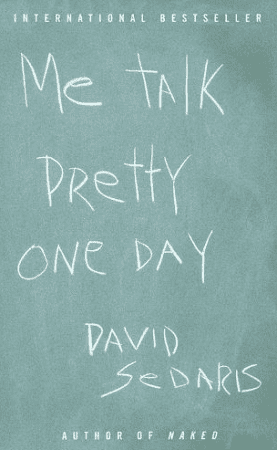 David Sedaris is an American humorist, radio contributor, and Grammy Award-nominated author. He has released a bunch of other essay collections throughout his career.

Milk And Honey By Rupi Kaur

Alert all poetry fanatics; this book is a simple read like its name. It is a #1 New York Times Bestseller, which speaks for itself. She had put all the different human emotions about survival in the form of simple poems and prose. It has 4 chapters, which signify different kinds of pain. Her lyrics portray abuse, violence, love, loss, and feminity. 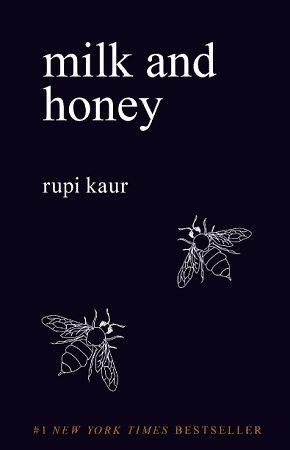 Rupi Kaur released this book on Nov 4, 2014. Her books were an instant hit as she sold 8 million copies of her book. Her most recent publish made its way into the #1 bestsellers in the world. Some other books by Rupi Kaur: are Homebody and Sun and Her Flowers.

Short stories are the best solution for beginners or people who don’t read. The editor of this book Milton Crane has done a work of charity by bringing the writing masterpieces from writers across the world into one book. Yes, you guessed it, it is a compilation of the world’s finest fiction short stories. 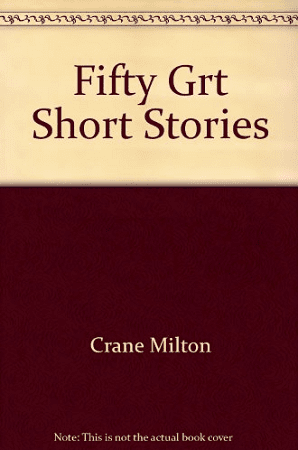 This book is old but gold cause it was published back in 1952. Other books by Milton Crane are 50 great American short stories (a series).

See Also: Top 8 Oldest Books In The World That You Should Check!

I know classic books are scary and boring for beginners, but the Great Gatsby is an exception. It has a lit bit of everything. You get romance, drama, and flashy jazz-era parties with millionaires and billionaires with their ‘rich people’s problems. You will never have to drag through a chapter to get to the exciting part. 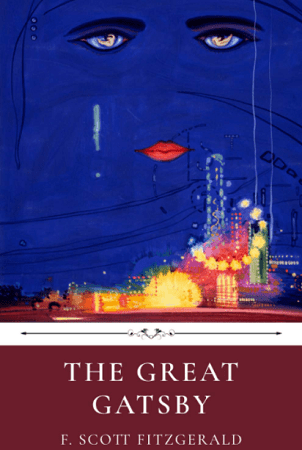 The story is about a self-made millionaire (no one knows how he did it, but he made it), Jay Gatsby, seeking the great American dream. But the main story is about how desperate he is to meet the former love of his life, Daisy Buchanan, a wealthy young lady he met in his young days. The story is written in first person narration by Nick Carraway’s (another character from the book) interaction with Jay Gatsby and is based in Long Island and was released on Apr 10, 1925.

Books For People Who Don’t Like To Read: Lies My Teacher Told Me By James W. Loewen

One of the most unique and educational picks for books for people who don’t like to read. This is not your other fictional love story kind, but it’s instead an educational one. Suppose you have wondered how everything mentioned in history books is so smooth and non-problematic. In that case, the government sugar-coated it before feeding it as education and American history. Not trying to shade the government because James W. Loewen did it for us. 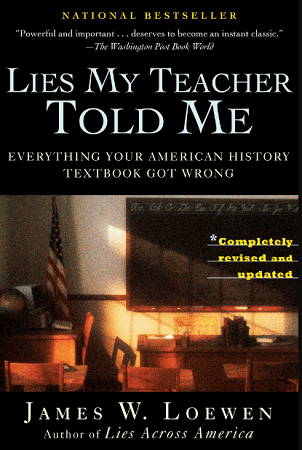 The author has talked about all the myths and false happening in history and how school textbooks are filled with tales. He also includes his views on what is the right way to portray the facts about Columbus’s voyage to 9/11 and Iraq War. He published this in 1995 and read his book Lies Across America(1999), if that is your genre.

Books For People Who Don’t Like To Read: The Old Man And The Sea By Ernest Hemingway

A perfect pick for books for middle schoolers who don’t like to read because you will be forced to read this in high school anyway. This book has just 100 pages, so that you can finish it in one read. Read this article to find out how long it takes to read 100 pages. 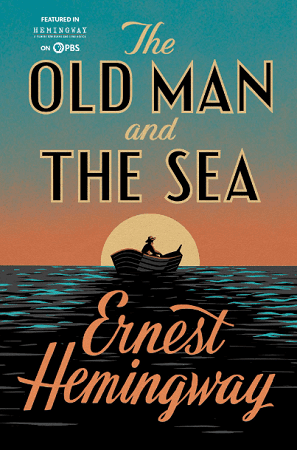 The old man and the sea by Earnest Hemingway is a victim of the compulsory school reads because the questions take away from the pleasures of the story. The story is about an old Cuban fisherman who ventured into the deep sea and was struggling for life with a giant marlin on the Gulf steam off the coast of Cuba.  This book has a message of heroism, and the publishing year is 1952.

One of the relatable books for people who don’t like to read. This is a story that many students who have transferred schools or are going to college after high school can relate to. Sherman Alexie talks about his problems and struggles to find new friends and peace. 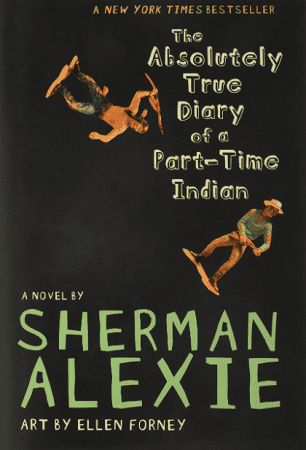 He calls himself a part-time Indian because he leaves his current school and current Indian friends to migrate to an all-white school so that he can play basketball. This book, released on Sept 12, 2007, is an everyday struggle of immigrant students or students studying abroad, the cultural differences and maybe sometimes language barrier.

This book is a muse for all the people who like to people-watch and wonder what is going on in their minds. Brandon Stanton started this journey with a photography blog with people from new york sharing their simple stories for his blog. A fantastic read when you need inspiration because everyone around us has a story of their existence. 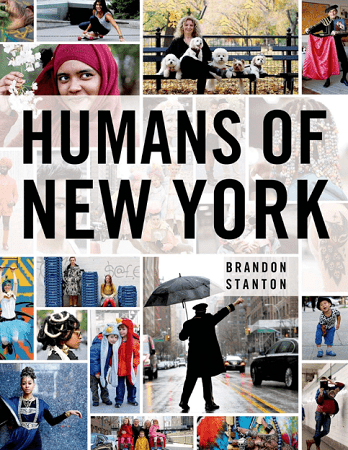 This fantastic, easy-to-read book was published on Oct 15, 2013, and is one of our favorites.

This novel is a fantastic book for people who don’t like to read as it is slim but has a simple story that will not keep you on your feet, so you can read without getting anxious about the book’s plot. The release date is Aug 27, 2012, for A man called Ove by Fredrick Backman. 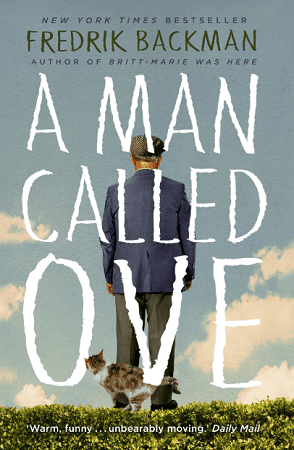 It is a story about a cranky older man with problems with everything that’s not his way. When a young and chaotic family moves into his neighborhood, his life gets a cumbersome twist. This story will leave you in thoughts but not too strong emotions.

If you are a parent or teacher concerned about a few students and wonder why students don’t like to read books? This Dairy of the Wimpy Kid(1-4) is your savior. 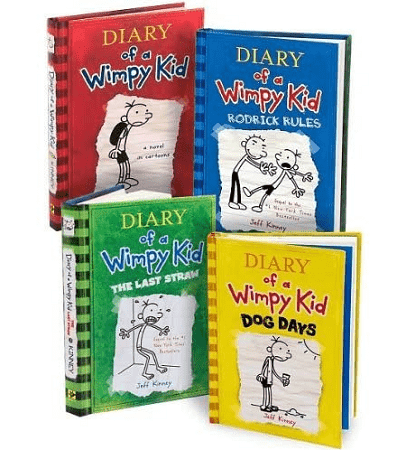 Is there a word for inability or hatred towards reading?

Can people with ADHD read a book?

People with ADHD can read, but it is difficult for them. You can train yourself to read by reading out loud.

There can be multiple reasons for this. One is that the school does not encourage reading for pleasure but instead includes everything in a curriculum and asks questions.

What do we call a person who doesn't read out of his will?

Aliterate- A person who knows how to read but doesn't wish to.

I hope this article helps you and gives you enough insight and enough options for books for people who don’t like to read. Reading gives you a reason to get off screen nowadays when everything is digital, and you can find all of them easily on Amazon or Kindle. Check out this article if you used to be a good reader but somehow lost the habit and want to figure out how to get back into reading.

6 Books For Couples To Read Together (2022 Edition)

7 Best Books For Couples To Read Together To Bond