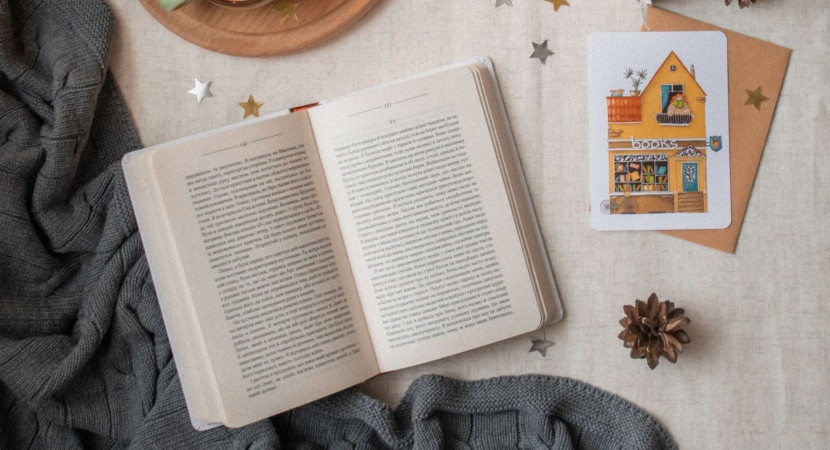 Have you ever had a book hangover? Books that leave a positive impact on you? Books that change your life? Sometimes we acquire a book, read a story and forget about all it has said to us within a few days. But have you ever read good books that make you think which leave their effects for long term or sometimes maybe forever.

Books That Make You Think

If not, then you should read books that will make you think:

This book tells us about the factors that contribute to great success. This book shows us that success depends solely on our smarts, ambition, hustle, and hard work. But a lot more factors are contributing to the success of an individual.

Gladwell said the message he wanted to convey through the book was, “What we do as a community, as a society, for each other, matters as much as what we do for ourselves. It sounds a touch trite, but there is a powerful amount of truth therein, I think.”

We pay much attention to what successful people look like and too little attention to where they are from: that is, their culture, their family, their generation, and the distinctive experiences of their upbringing. Along the way, he explains the secrets of software billionaires, what it takes to be an excellent athlete, why Asians are good at math, and what made the Beatles the greatest rock band. It definitely gives a new perspective and is, therefore, books that make you think.

Voltaire wrote this book in 1759. The book has a political satire, which we can relate to even today. The book tells us that people are the same with similar thoughts and emotions no matter what the generation is.

The author showed the world which is full of viciousness and natural disaster. Every person experiences agitation in life and must overcome the barrier. The overall message is that every human being has the power to seek their destiny.

This novel is wrapped up with a breathtaking story of Calliope Stephanides and three generations of the Greek- American Stephandies family. The book shows us the daily struggles faced by the character to find his own identity in the world.

It is an epic tale of a hermaphrodite of Greek origin, of his genealogy, and the primary forty years of his life within the USA and in Berlin, told by himself.

The novel is about reinventing your identity on different levels. Greek to American, female to male, says the author, who, exhumation his Greek origins, makes an ingenious contribution to the Greek-American novel. Therefore it is definitely one of the best books to make you think.

The writer tells us why we should not put so much confidence in our judgment.

Because sometimes we end up regretting our decisions.

This book helps us .to understand how we should make decisions. The effect of loss aversion and overconfidence on corporate strategies, the obstacles of predicting what is going to make us happy with in the future, the challenges of properly framing risks at work and reception, the profound effect of cognitive biases on everything from playing the stock exchange to planning a subsequent vacation—each of those is often understood only by knowing how the two systems work together to shape our judgments and decisions.

Engaging the reader during a lively conversation about how we expect, Kahneman reveals where we will and can’t trust our intuitions and the way we will tap into the advantages of thinking slowly. He offers practical and enlightening insights into choice-making in our business and our personal lives—and how we will use different techniques to protect against the mental glitches that often get us into trouble. A great pick from the list of books that make you think.

The author takes us on a journey that describes the two hemispheres’ abilities and why to go for the right side. The author, during this book, explains two ways of creating choices. The first way is fast, emotional, and intuitive. The other way is slow, deliberative, and logical. By examining both these ways, Kahneman unveils the extraordinary capacities, biases of thinking fast, and various other aspects of the human mind. This is an enticing read that helps you understand your mind and avoid glitches while making decisions.

The book shows us a new way to look at our work, talent, and future., it provides a completely original and profound analysis of the most pressing personal and economic issue of the times ahead—how the enormous changes wrought by technology and globalization are getting to impact the way we live and work and picture our world. “Thinking, Fast and Slow” spans all three of those phases. It is a fascinatingly rich book: lucid, profound, filled with intellectual surprises and self-help value.

Lean In by Sheryl Sandberg

Here, she talks about her own life experiences in combat, endeavor, strain, and ultimately victory and prosperity. She employs her encounters to explain the gender differences, female setbacks, family ties, and low risk-bearing abilities that every woman has to face in this male-dominated society. Sheryl has also shared effective advice, guidance, and directions to overcome these barriers and succeed in every aspect: family, work, profession, or married life.

Animal Farm is an allegorical novel of 112 pages written by George Orwell. This book was originally published in 1945 by the publisher – Secker and Warburg, London. In the book Animal Farm, several characters like Napoleon, Snowball, Boxer, Old Major, Squealer, Benjamin, Mr. Jones, and many others.

As the story unfolds, the reader is familiar with the rebellion that a group of farm animals has scuffled against their owner, a human farmer. The farm animals anticipate generating a liberal, uniform, and cheerful community for them to live in. Animal Farm: A Fairy Story is a very simple, short, and effortless story though not limited to just the pages of the book but extends to digging a deeper meaning. An all time top choice from books that make you think.

Antoine de Saint-Exupéry writes the Little Prince. Antoine was a French Writer, nobleman, and aeronaut. Reynal & Hitchcock (U.S.) and Éditions Gallimard (France) are children’s literature. It is one of those short classical literature packed with morals and matters such as love, family, friendship, profits, and losses.

The story revolves around a young prince who pays a visit to the various planets of earth and records his perceptions about the life and people residing at the respective planets. The book has made several records in different aspects and is also books that make you think differently. It has sold over 140 million copies throughout the world, making it the best-selling book worldwide. The book has been translated into more than 300 languages making it the most translated book globally.

The Happiness Project by Gretchen Rubin

In 2009, Gretchen Rubin published the self-help book, The Happiness Project. It’s not just a book but a movement in the context that the author inspects and explores a distinct phase of her life, be it marriage, relationship, family, love, life, or health at regular intervals. The readers emphasize the fact that this book is not for everyone.

Not everyone can understand the gist of the book. If anyone genuinely relates to Gretchen’s story, he will improve his overall personality and modify his perception of life. Gretchen has explained her complete project of how she has made her life happier and less complaining.

John Howard Griffin wrote the non-fiction biography, Black Like Me. Originally published in 1961, the 246 pages of the book unfold the journey of Howard Griffin through the United States. In October of 1959, John Howard Griffin, a journalist then, drained six weeks of his life navigating across the Deep South.

He traveled with one major change: the medically darkened his skin to look like a black man. His journey explains race relations prevalent in the United States then. In 1964, a group of white men smacked and beat Griffin in a ghastly manner. These assaults prompted Griffin to write this masterpiece. It took around five months for Griffin to recover from those injuries. People applauded the work and sent support letters to Griffin. The result was that Griffin became a national celebrity for that time.

This was our list of the best books that make you think. Hope it helped you out and gave you an insight into.