Graphic novels are pretty popular in children’s stories right now. Graphic novels are book-length stories written with the visual assistance of a comic strip style. Visible components give children more opportunities to interact with the text and visual aspects. Here, we would be discussing the best graphic novels for 10 year olds.

Diana: Princess of the Amazons by Shannon Hale

The first one of the graphic novels for 10 year olds. Diana had an idyllic upbringing on Themyscira, cut off from the rest of the world. But now that she’s 11 years old, she’s starting to feel increasingly alienated. Despite having several “aunties” and a kind mother, she is an only kid. In reality, he was the sole child. 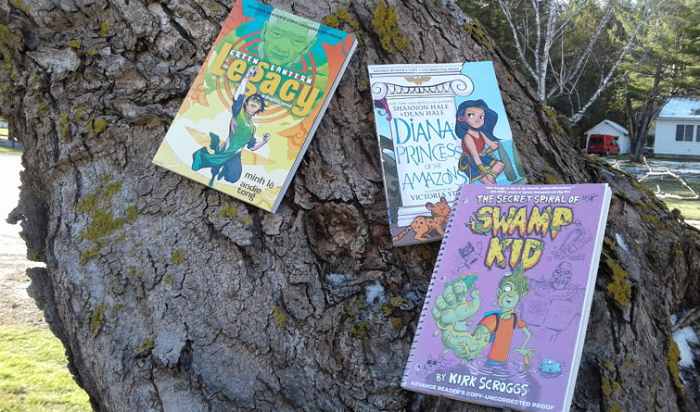 After an incident goes awry, Queen Hippolyta chastises Diana for failing to live up to the Amazon ideal. Diana, no matter what she tries, can’t seem to measure up! Every other adult on the island is good in their trade and physically strong, yet she is gangly, occasionally awkward, and untrained in anything. She isn’t Wonder Woman yet. Diana requires a companion of her age with whom she can communicate. But if she decides to take matters into her own hands, she could end up creating a monster instead.

Phoebe and Her Unicorn is a hysterical middle-grade comic for readers aged 8 and above. Dana Simpson’s unicorn animation began as a daily comic strip on GoComics before its feature by many newspapers and release as a series of books. It will also be made into an animated series for Nickelodeon shortly. 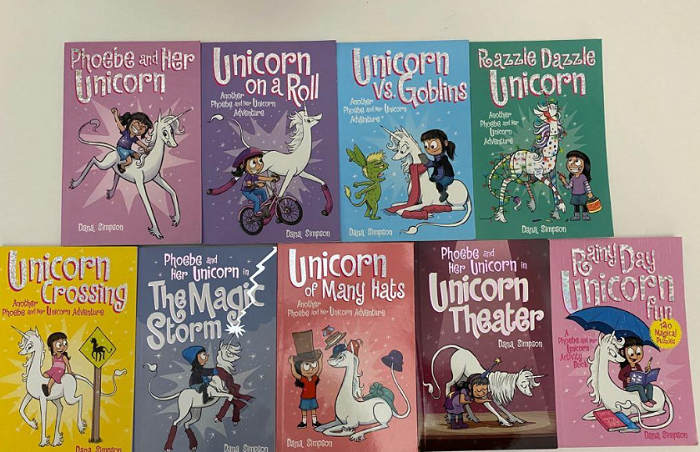 The unicorn comic follows Phoebe, a nine-year-old girl, and Marigold Heavenly Nostrils, a bright but self-absorbed unicorn. The duo’s experiences range from dealing with school bullies to defeating candy-breathing monsters.

This was our pact by Ryan Andrews

This one of the graphic novels for 10 year olds is both magnificent. There is perfect sync between the words and the pictures, and as one indulges more and more into the story, one appears to be in a dream encircled by lanterns, fish, and stars. It is a story about friendship and camaraderie with a particular bear about his scarf. The author Ryan Andrews currently lives in the Japanese countryside with his family. 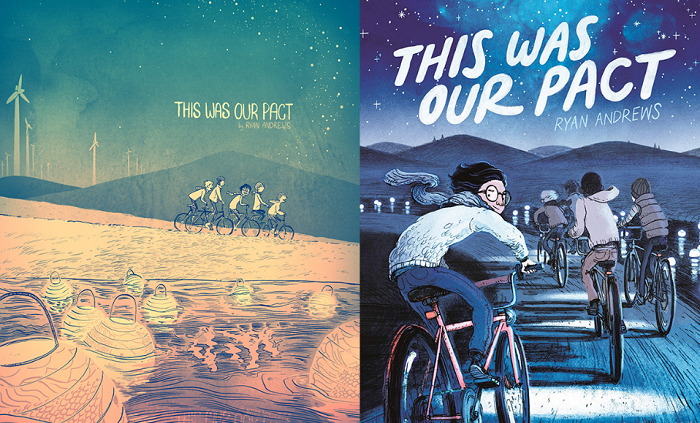 The story’s premise is set during the Autumn Equinox Festival, where villagers light lanterns and send them down the river, hoping they will travel as stars to the Milky Way. This year, Ben and his friends agree to trace the lanterns to see where they land. This extraordinary graphic novel of another world enchants everyone with the nighttime beauty, highlighting the nature of dangerous adventures to fasten bonds of friendship.

The middle school graphic tale by best-selling authors Shannon Hale and Leuyen Pham is about the joys and heartaches of establishing first friends. 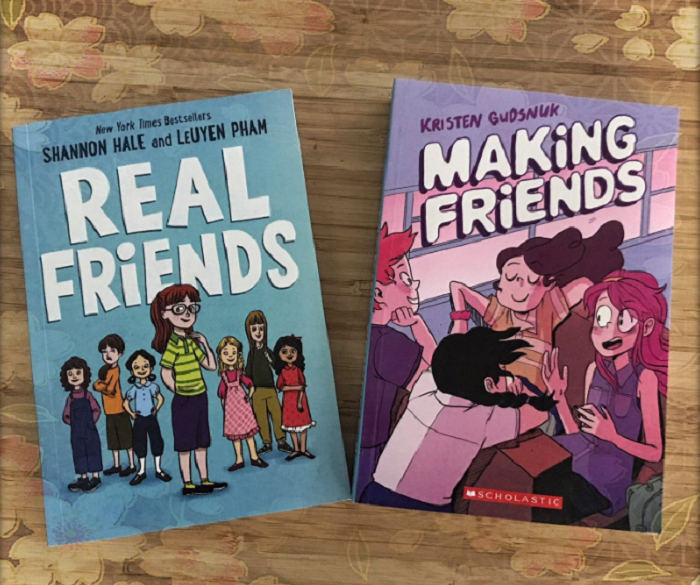 Real Friends follows Shannon’s life from kindergarten to fifth grade, capturing the emotional roller coaster journey of friendship, from navigating the dangerous seas of cliques and bullies to her never-ending fight to be in “the group.” Shannon’s honest and genuine narrative reminds us of how difficult it was to understand what true friends are—and why the road to find them is worthwhile.

This one of the graphic novels for 10 year olds depicts the author’s real experiences navigating elementary school as a deaf child with hearing aids. Cece wants nothing more than to make a real friend, but she believes that her hearing aids and deafness create a barrier between her and the other kids.

They either maltreat her or fail to communicate to her to lip read and comprehend. Cece quickly finds that her peculiarities may be beneficial and even provide her with abilities. This is a fantastic book to share with children to explain the sentiments of individuals with different talents and how they might see their differences constructively.

Smile Raina’s actual tale of how she seriously hurt her two front teeth in sixth grade and the ensuing dental drama! Sister Raina is overjoyed to be a big sister. Amara is adorable, but she’s also grumpy and wants to play alone. 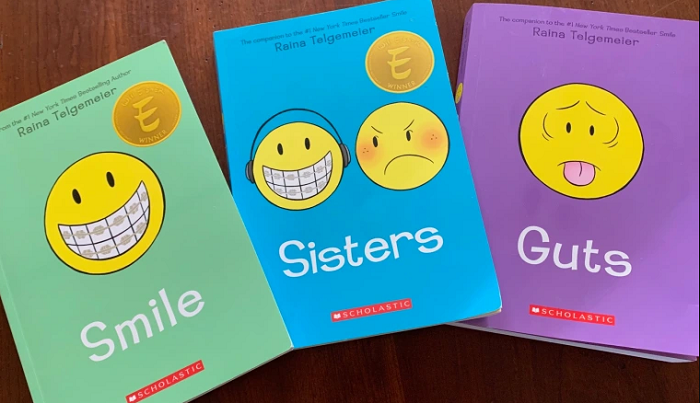 Their relationship doesn’t seem to improve much over time… will they ever figure out how to get along? GutsRaina is having stomach problems, which appear to match with her concerns about food, school, family, and shifting friendships. A profound, fascinating, and humorous real story about growing up and finding the strength to face – and finally overcome – fear.

The eight stories follow Jack Sullivan, a thirteen-year-old kid who lives in his foster brother’s treehouse after a zombie epidemic strikes his community of Wakefield, Massachusetts. He is accompanied by his closest buddy Quint Baker, who enjoys trying new things; June Del Toro, a tomboy who used to be the editor-in-chief of the school newspaper; and Dirk Savage, the local bully with extraordinary fighting abilities. In each book, the companions battle one monster while fighting to remain alive and stop an entity called Rezzoch from taking over the world.

On February 26, 2018, Netflix announced that an animated television version of the book series had received a series order. To coincide with the release of the fifth novel, the first season, a single hour-long special covering the first book’s story, was out in September 2019. The second season, which covers the story of the second novel, that released in April 2020 and consisted of 10 episodes. Thunderbird Entertainment’s animation studio Atomic Cartoons is among the production organizations in the series. It was just renewed for a third season, based on the third novel in the series, which released on October 16, 2020.

This one of the graphic novels for 10 year olds created by Laura Knetzger and is quite zesty. It is a story about two young beetles called Stag-B and Rhino-B, who spend their time exploring the Bug Village and are best friends and roommates. These delightful beetle buddies go on an adventure-packed journey together in the wild, in the urban landscape, and even within themselves. Rhino-B is a prude but kind guy, and Stag-B is a mellow and studious adventurer. 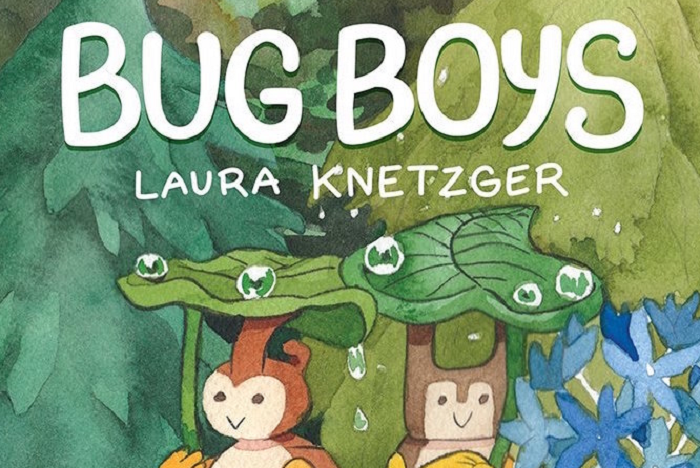 On their day one of adventure, the Bug Boys embark on a journey firstly through haunted caves, befriending a spider and ultimately unearthing a lost library, find ways to stop from relinquishing their neighborhood’s honey stockpiles and ending up befriending the feisty termites. The author, Laura Knetzger, has a bachelor’s degree from the School of Visual Arts in 2012. She currently resides in Seattle and creates comics centered around feelings. Bug Boys is her debut novel.

George O’ Connor, apart from being an avid reader of Greek mythology, is also a superhero comic book nerd. He wants to let us know that our ensemble of heroes (iron man, wonder woman, Thor) is debt to man’s original superheroes. In Olympians, O’Connor draws imagination from classic Greek myths, which many Greek mythology admirers love. But these stories are not lousy and academic works. 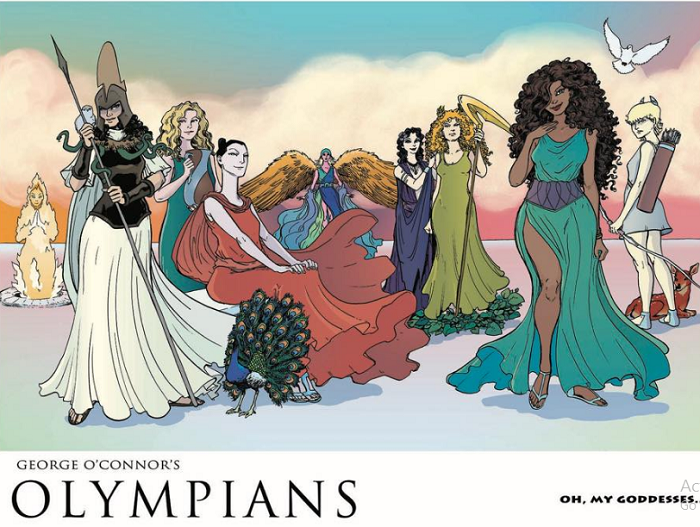 Instead, They are full of action and high-drama adventures, including monsters and explosions. His life-like and colorful pieces make ancient stories come to life in a perfect blend of the superhero body of work and old Greek mythology. His book Volume 1 of Olympians, Zeus (King of Gods) establishes familiarity among readers about the ruler of the Olympian Pantheon, narrating his life from being a kid to ultimately becoming the most powerful being.

Diary of a Wimpy Kid by Jeff Kinney

Last one of the graphic novels for 10 year olds. An American fiction novel, by a famous author and cartoonist, Jeff Kinney. The series is narrated and illustrated by the main character Greg Heffley in a diary. Greg clarifies that he is writing a journal, not just a diary. He also stands by the fact that it will not involve words like ‘Dear diary’ in his writings. 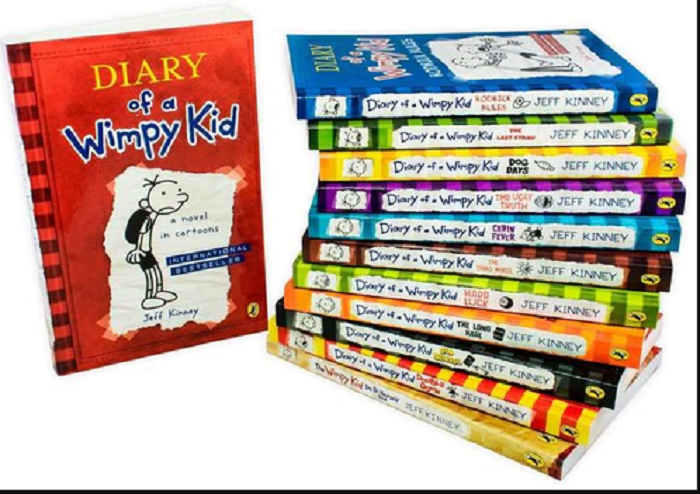 This hilarious book entails an adventurous journey through middle school of Greg Heffley and his friend Rowley Jefferson. It is one of the best great graphic novel series for kids, as it takes the reader on a twisted journey towards the inner world of a new-age kid. Before presenting it to the publisher, the author worked eight years of hard work. In 2004, Kinney partnered with Funbrain and unveiled an online version by the same name. This online platform of the book garnered almost 20 million views by the year 2009.

These were the best graphic novels for 10 year olds. These also really bring up children’s imagination and encourage them to think more. We hope you liked them.