I have made a list of best Iceland books, for you all to read. I have mentioned those books in this article. Read along till the end to know about the list and choose the best one for you to read!

Iceland, a Nordic island nation, is not just about its spectacular scenery with volcanoes, geysers, and hot springs, but also about its strong literary culture. As Iceland publishes more books per capita than any other country globally .The capital of Iceland, “Reykjavik,” is recognized as a UNESCO City of Literature. The people of Iceland love to pamper themselves with some reading, especially before Christmas. And Icelandic crime writers are particularly common, which is surprising given the country’s low crime rate.

To the Icelanders, books are more than just a source of entertainment. As They are an inextricable part of their national identity, reminding them of their forefathers’ fortitude and how much they have progressed since then.

Now without further ado lets dive into the list:

The Little Book Of Tourists In Iceland – Alda Sigmundsdottir

This book offers a unique perspective on tourism’s social and environmental effects on Iceland and practical advice on how to travel safely, responsibly, and in harmony with the locals.

A great resource for anyone interested in modern Iceland and a must-have for all visitors to the region.

Names For The Sea: Strangers In Iceland – Sarah Moss

This is not exactly a travel book, nor is it exactly a memoir. Instead, it is Sarah Moss in Reykjavik for an academic year after the 2008 Global financial crisis. The reader gets a very clear sense of how different Iceland is and how difficult it was for the Icelanders to adapt.

The lava fields, the ocean, the waves, and the ice all seem to be magnificent. You learn about their mindset, what they enjoy doing in their spare time, their friends, and how they acquire items when needed. The food is limited in terms of fruit and vegetables, but it is gradually changing.

Jesse Byock demonstrates that Norse society in Iceland was an autonomous one—almost a constitutional Free State without warlords or kings—in this fascinating history. This remarkable research, which combines history, anthropology, and archaeology.

It also serves as a valuable companion to the Icelandic sagas, exploring all aspects of Viking Age life: feasting, farming, chieftain and church influence, marriage, and the role of women.

Why are the Danes so happy, even though they pay the highest taxes? Is Finland’s education system the best? Are Icelanders as wild as they seem to be at times? Booth discusses who the Scandinavians are, how they vary and why, and their quirks and foibles in The Almost Nearly Perfect People.

Then, he investigates why these societies have been so popular and models for the world. Along the way, a more complex and sometimes darker image of an area afflicted by taboos. Iceland books will make us to learn more experiences

The Sagas Of the Icelanders

Saga Age in Iceland – Vikings Rule. The Sagas are a rare body of medieval literature that ranks among the world’s greatest literary gems, as epic as Homer’s, as tragic as Sophocles’.

Human as Shakespeare’s. These novels, set around the turn of the millennium, portray the lives. Also deeds of the Norse men and women with an astonishingly modern realism.

The Fish Can Sing – Halldór Laxness

An amazing, humorous novel was written by the Nobel prize winner Halldór Laxness. It is about an orphan, Alfgrimur, who grew up in a simple turf cottage with an elderly fisherman and a succession of strange houseguests. 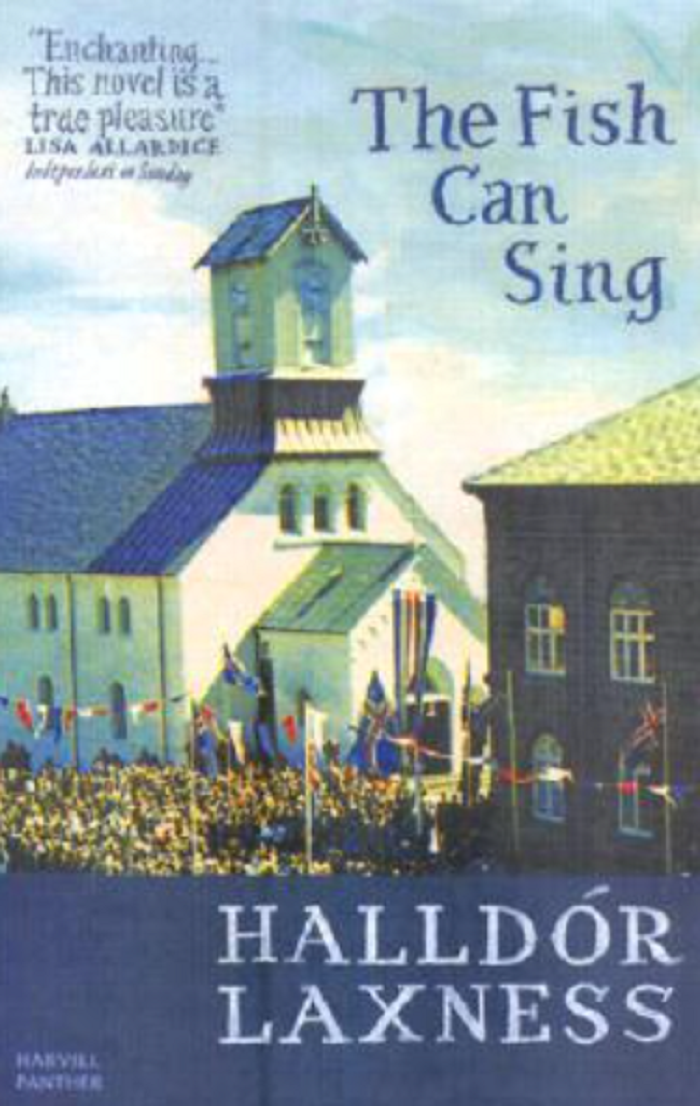 It’s a fascinating look at life in Iceland in the early twentieth century when Reykjavik set up itself as the capital, and big fishing boats are mightier than the livelihood of simple fishers.

Witchcraft was punishable by death in 17th century Iceland. Biblical scriptures demanded that women be submissive. There was a shortage of food, and the ocean was a death trap.

The winter season loomed over villages like the Engill dauans’ shadow. This gothic tale is about Rosa and her life in a village where nobody trusts her and her husband. Iceland Books tells about the stories of trust and family too in a engaging way.

I Remember You- Yrsa Sigurdardóttir

Three friends set out to renovate a rundown house in a remote, completely isolated location in this terrifying tale. They immediately realize, however, that they are not as alone as they thought. Something is urging them to depart.

Meanwhile, a young doctor investigating the suicide of an older woman in a nearby town learns as she was fond of his long-since-disappeared son. A surprising twist occurs as the two stories clash. It’s atmospheric and creepy rather than gory, but definitely, a fun read.

The narrator starts to fantasize about exotic vacations far away from the insanity of her current life after being dumped twice and accidentally killing a goose. But, her plans are derailed when she is forced to care for her best friend’s deaf-mute son.

But when they win over 40 million kroner on a shared lottery ticket, she and the boy embark on a cross-Iceland road trip. It gives way to a series of adventures. Butterflies in November is an exceptional, funny story of motherhood, relationships, and the legacy of life’s mistakes that is both darkly comedic and uniquely moving.

The 11-Iceland book series by Indridason may be the most commercially successful of all the mystery books of Iceland. Jar City is the first episode in the series, which focuses on Iceland’s isolated society, psychological drama, and dark secrets.

You can also check out the author’s latest Flovent and Thorsen series of thriller books set in Reykjavik. Burial Rites is a tradition in Iceland, even though actual murders are rare.

The Little Book of the Hidden People – Alda Sigmundsdottir

Icelandic folklore is a story of elves and secret people who lived in the landscape’s hills and rocks. But what do those elf stories tell us about ancient Iceland and the people who lived there?

Alda Sigmundsdóttir’s book contains twenty translated elf tales from Icelandic folklore and interesting observations on the context in which they originated.

Moon Iceland is all about the breathtaking landscapes, unrivaled trekking, and the creative spirit of Reykjavik. Strategic, flexible routes from a three-day tour of the best of Reykjavík to a nine-day road trip on the famed Ring Road, designed for outdoor adventurers, culture and history lovers, wildlife lovers, and much more. Unique experiences and not miss highlights. Drive past quaint towns and huge fjords. hike through Iceland’s majestic national parks. Wander in the shimmering glow of northern lights. Stroll Reykjavík’s busy streets.

The top outdoor activities such as trekking across a mighty glacier, hiking the rim of a remote volcano, and relaxing in the milky blue waters of the Blue Lagoon, exploring crystalline ice caves and lava tubes rich in minerals or catching a rainbow appearing over a thundering waterfall. Author Jenna Gottlieb has given clear and honest opinions of where to eat, where to stay, and when to go, including insights about traveling during the winter. Handy tools include an Icelandic phrasebook and critical background information on the culture, landscape, history, and environment.

Author Christopher Hughes has discovered the fascinating story of the beautiful country of Iceland. Iceland a wonderful country with a rich history and a unique story to tell. Iceland is a brilliant place to explore because of its language and culture. Making it a popular tourist destination for people. This book is all about unfolding the history of Iceland.

As the name suggests, offering an insightful description of everything from the first settlers to this country’s place in the modern world. This book provides a clear view of its languages, vibrant and unique culture, religions, and even the food and economy. The History of Iceland is just perfect for anybody who loves to travel, work, or holiday in this remote. A beautiful island nation as it provides a detailed look at this country as it is in Iceland books

DK Eyewitness Top Ten travel guide ensures us to find our way around the ‘Land of Fire and Ice.’

Insight Guides Iceland one of the most comprehensive travel guide packed with inspirational photography and fascinating cultural insights makes easy for anybody to decide when to go or what to see after arrival. As This is an absolute guide for a perfect trip and one of the best Iceland book.

This book is an absolute smart guide that describes how to get to Iceland by a ferry from Denmark  and by air, then commute within Iceland with a bus, a rented car, or hitch-hiking.

This is a pocket-friendly guide with concise information about where to go and what to do.

It is a very fast moving book in Iceland.

This is a unique and most complete travel guide for true nature lovers. It will help you to learn more about what Iceland books  describe Iceland.

This is one of the best travel guides of Iceland.

So, my list of best Iceland Books ends here. I hope you enjoyed reading this article. Let me how useful it was for yyou in the comments below!:)