Roald Dahl was an incredible novelist, short story writer, and screenwriter. His works generated almost 250 million records in over 50 languages. He is rightly known to be one of the world’s best-selling authors. There are too many interesting facts about Roald Dahl.

He was one of the best children’s storytellers of the twentieth century and enthralled readers over decades with his books. Dahl’s books are still cherished by children, with movies made based on his books. But were you aware that his everyday world is much wilder than his fiction?

He was not only a fantastic author but also a charming person. Why not learn more about this man, who has amused children and adults worldwide? So, without any delay, let’s get going.

So, Here is the list of the top 10 interesting facts that will provide us with more informations about Roald Dahl.

Roald Dahl is a best-selling author.

No matter whether we’re 5 or 45, a lot of us have a warm connection to his works. Dahl is primarily recognized as a child’s and adult book author, regardless of his military experience. He was a best-selling novelist around the world. Most of his books got an adaption into films and television series.

We still tremble when we think of Trunchbull because of his books, and we’ve learned important life lessons like how to spot a witch.

The interesting facts about Roald Dahl are his books. Here are the reasons why he has been declared a best-selling author. 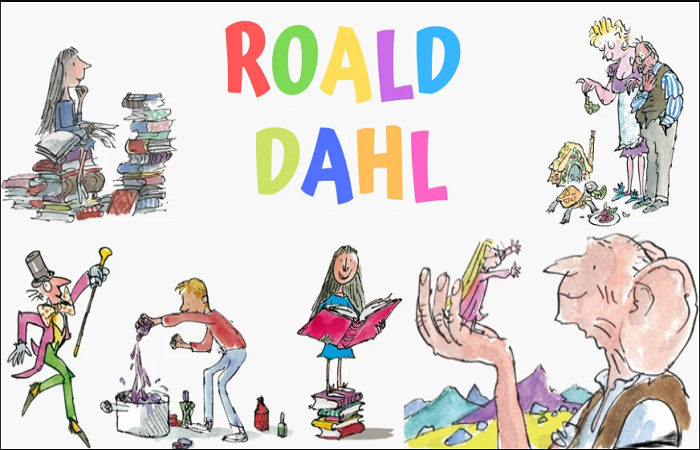 Every book Roald Dahl introduced to us contains pure magic.

And by magic, we don’t imply wizardry, but rather a little more nuanced stories that we as children induce could happen (and still do).

We were all anticipating the ability to blow it up with our grannies with a few tweaks to her medication.

Most writers establish three to four iconic characters who shape our childhoods, but Roald Dahl did not.

A few examples include Willy Wonka, The BFG, Matilda, The Grand High Witch, The Twits, and Bruce Bogtrotter.

The author has won awards in the United Kingdom, the U.S., Australia, and other nations.

About the awards given to Dahl, an award has been established in his honor. The Roald Dahl Hilarious Prize was somewhere between 2008 and 2013 to recognize the work of hilarious writers and illustrators. The suspension of the award was from From 2014 until 2016.

His favorite was The BFG.

The BFG was his most personal work. 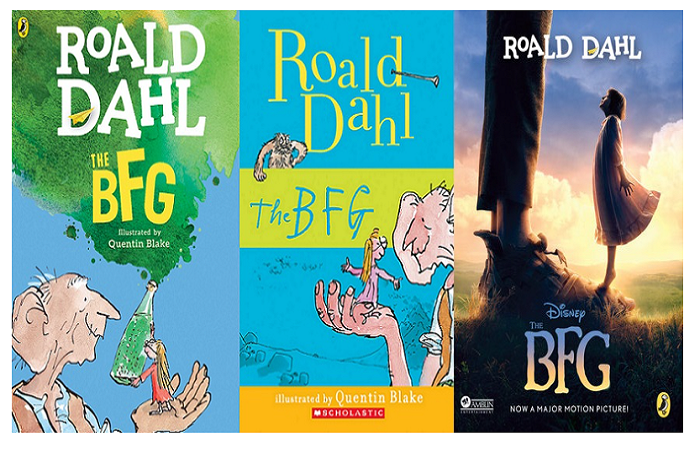 Roald Dahl wrote the 1982 novel to their daughter Olivia, who died 20 years earlier after getting measles encephalitis at seven. He wanted Olivia’s memories to serve as a reminder to parents all across the world about the consequences of not vaccinating their children against the disease. “I know how glad she would be if she would know how her death helped prevent many diseases and deaths among other children,” says the author.

See Also: Top 8 Oldest Books In The World That You Should Check Out!

The peach was formerly a cherry.

The publishing of Roald Dahl’s classic children’s tale James and the Giant Peach, was in 1961. 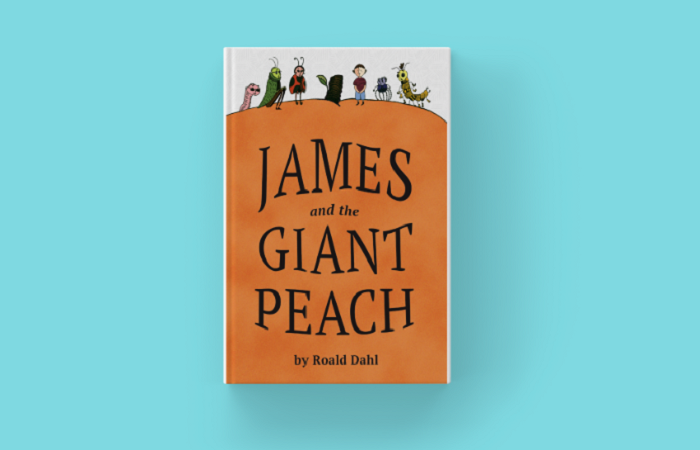 The big peach was an inspiration from a cherry tree in Roald Dahl’s Buckinghamshire countryside home’s orchard. He begins to consider what would transpire if any of the cherries continued to grow – and grow! He considered various enormous fruits before settling on a giant peach.

Roald Dahl & Quentin Blake came together through a crocodile

Publication of the first Dahl story illustration by Quentin Blake was The Enormous Crocodile in 1978. 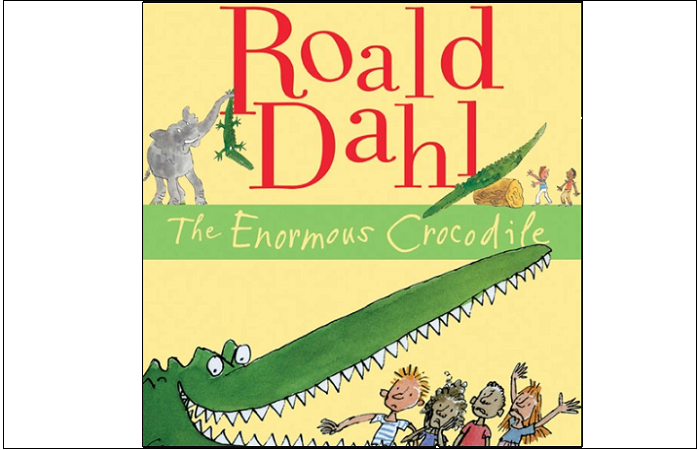 It was the commencement of their famous collaboration, and Blake moved on to depict the remainder of Dahl’s children’s stories, as well as some of his older ones.

He possesses his dictionary.

In May, Oxford University Press released a Roald Dahl Dictionary, which includes 8,000 terms coined or popularised by the author. 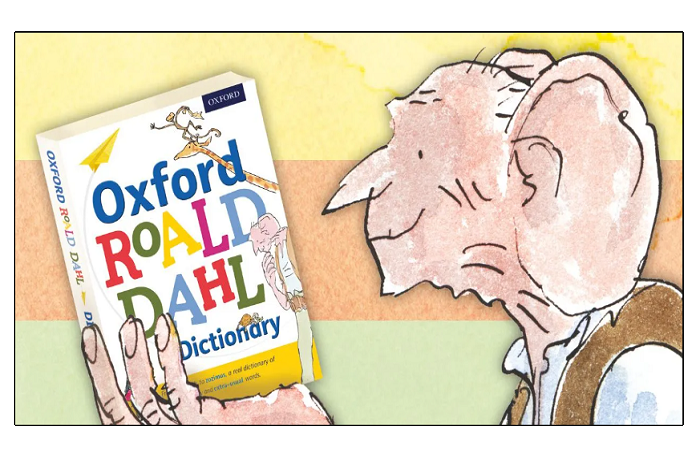 The third Charlie book was about to be published.

Roald Dahl wrote Charlie and the Great Glass Elevator, the book’s sequel, in 1971, which got released in 1972. 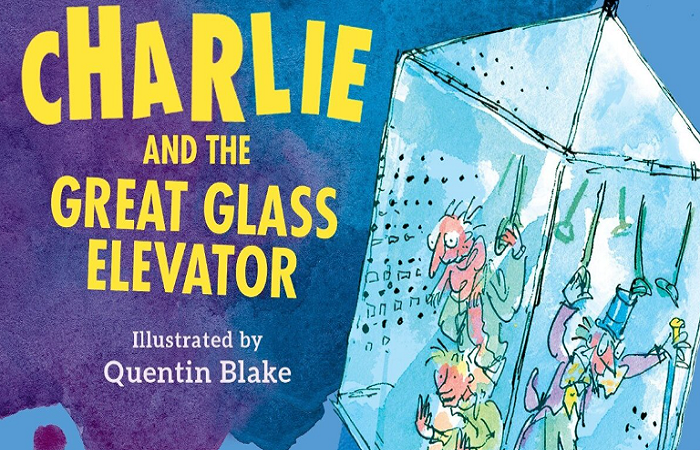 Dahl intended to create a third book in the series but never got the chance to complete it.

The man was fluent in three languages.

Other interesting facts about Roald Dahl are he was fluent in 3 languages- English, Norwegian, and Swahili. 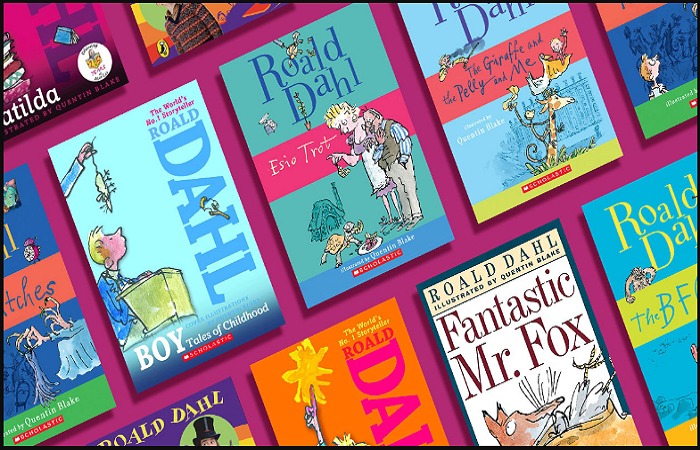 Dahl’s initial language was Norwegian, and he spoke with his parents and sister Astri, Alfhild, and Else at home.

See Also: How Does Reading Help You Gain Knowledge?

Dahl worked on his writings in a shed.

A little cabin hidden from view inside the woods of his family’s home was where most of his write-ups took place. Dahl seemed to have the hut built after being influenced by a trip to poet Dylan Thomas’s study shed in Laugharne in the late 1950s. It was small enough to contain only a few furniture pieces and the 6ft 5 gentleman himself. 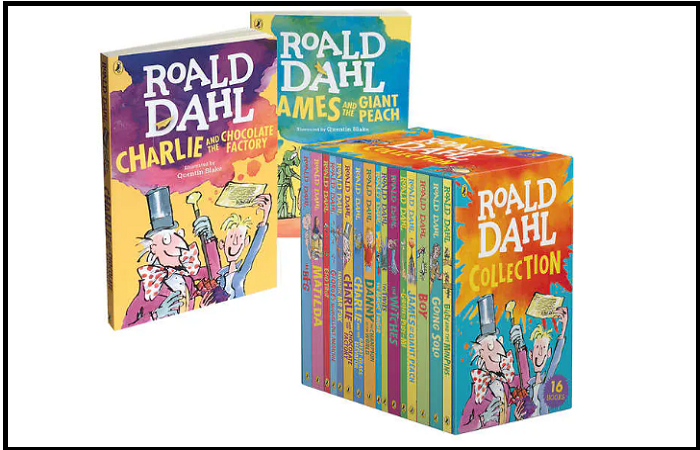 He could spend hours hidden away in his ‘little nest,’ cozied down in an antique recliner that belonged to his mother. He used to scribble down the beginnings of stories like Charlie & the Chocolate Factory while covering his feet in an old sleeping blanket and resting on a block of wood-filled trunks that were nailed to the floor.

Roald Dahl married Patricia Neal, an American actress, on July 2, 1953. Olivia, Chantal, Theo, Ophelia, and Lucy were their children. Olivia died at the age of seven from measles encephalitis.

Roald Dahl & Patricia Neal divorced, and he married Felicity Crosland in 1983. Roald Dahl died on November 23, 1990. He was 74 years old and had myelodysplastic (a type of blood disease). 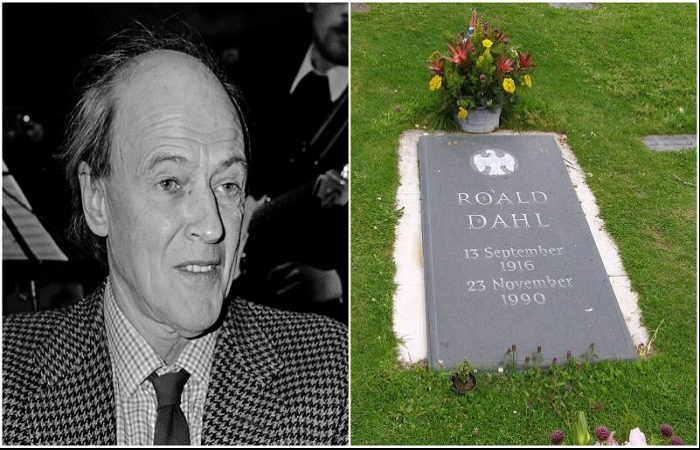 He was put to rest on the grounds of St Peter and St Paul’s Church in Great Missenden, Buckinghamshire, and the most interesting facts about Roald Dahl was that he was buried with an electric saw, HB pencils, candy, red wine, and his snooker cues, among other things.

See Also: 10 Best Books For People Who Don’t Like To Read

What is unique about Roald Dahl?

Dahl's writing style incorporates a lot of humor to keep his readers interested. His sarcasm and humor attract his intended audience, as children enjoy reading amusing anecdotes with random words and ridiculous behavior. He typically writes in a child's voice, with whom youngsters can become acquainted.

What is the biggest-selling Roald Dahl book?

Roald Dahl created over 500 words and new characters, including the well-known Oompa-Loompas and whizzpopping, as well as fewer Dualisms such as humplecrimp, lixiviate, sogmire, and link. Still, many of them have never appeared in a dictionary.

What is the biggest-selling Roald Dahl book?

On the 100th anniversary of Roald Dahl's birth, the most popular Roald Dahl book was Charlie and the Chocolate Factory. Based on customer purchases, Amazon and eBay have declared the finest books in both digital and printed formats.

What inspired Roald Dahl to write?

Roald Dahl got motivation for his books from his children and frequently made up bedtime stories for them. These stories mostly became published books. 1st book James & the Giant Peach, for example, began as a bedtime story. Dahl's books were mostly influenced by his family.

As we all noticed facts about Roald Dahl in the above article. Irrespective of how old one is, it still seems to mesmerize everyone. For instance, he wrote 500 words along with character names, and he had an immense love of writing books in his garden shed.

Some other Roald Dahl interesting facts include he wrote all of his stories in pencil on bright yellow manuscripts. His secretary would then retype his writing for him. His life was the inspiration for the film Charlie and the Chocolate Factory. Dahl drew inspiration for this classic book from his own life, as he did for many of his other works. I hope you have enjoyed and learned a little more about Roald dahl through the “ interesting facts about Roald Dahl” article.

See Also: Books That Make You Smarter Here Is The List(Updated 2023)