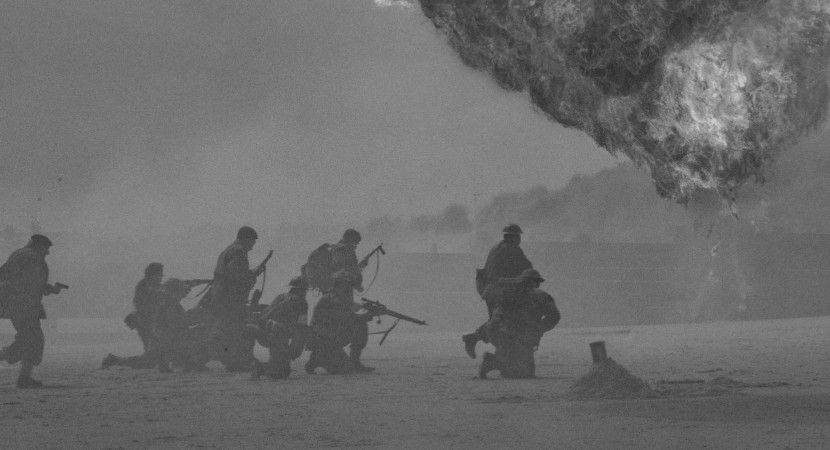 The new WW2 books as a backdrop is merely a testament to the fascinating yet powerful subject that dominated the world from 1939 to 1945. These books emerge with fresh perspectives and draw up an account of some of the events and details about the deadliest strife in human history.

The following books investigate the complex legacies, and murky origins of the events carried out during the war. Make your next read one of the classic World War II books!

Beneath A Scarlet Sky by Mark T. Sullivan

This historical fiction classic is in the list of the best new WW2 books. Based on a true story, the book follows the life of Pino Lella in Milan, Italy. Through this book, the author rightfully gave a voice to the Italians who experienced heartbreaking agony and died during the war.

The author interviews Leela, recounting his numerous stories and experiences. The book is certainly a page-turner, full of suspense, emotion, and love in the face of war. This book essentially represents the lives of the Italians during WW2, their quest for love, and pays homage to those who didn’t survive.

This historical novel follows, in particular, the invasion of Norway and Denmark by Adolf Hitler in 1940 during the Second World War. This piece of literature is notably peculiar as it highlights an event that is in mystery.

The book merely brings out one of the many examples for the cause of the rise of Hitler, the success beyond the comprehension of his enemies. The Nazi invasion into Norway resulted from the combination of army, navy, and air force. The account of this event is not only gripping but also marvelous in its narrative. It is worth picking up for your next read.

Britain at Bay by Alan Allport

If you are looking for a unique and different perspective of  new WW2 books, this book is for you. A combination of social and military history, Britain at Bay recounts the effect of the Second World War on Great Britain. It highlights the transformation of the nation and its people as a result of the great war. The author tackles many interesting questions throughout this novel, employing a multi-faceted perspective.

In addition to this, Allport analyzes the permanent changes in culture and society in Britain during wartime. Since this piece presents from various points of view, including ordinary men and women, military commanders, and even children, it illuminates the consequences of the unfolding events in every aspect. This compelling story should be next on your reading list.

This novel will be appreciated particularly by people who are familiar with the armament employed during WW2. This book illuminates a completely different perspective of the war and focuses on a slightly inhuman angle.

The technology and techniques of warfare during WW2 are relatively unknown, which is exactly why this book is required to fill that gap. It highlights the many boats used by navies during the war, the German U-boat in particular. The story is compelling as it uncovers the many specifics of war that are often overlooked.

The Prisoners of Breendonk by James M. Deem

In a heart-wrenching twist, this novel brings out the effect of war on human beings and how it affects their personal lives. The book enumerates stories of people belonging to a WW2 Concentration camp. The brutality and inhumanity faced by these individuals will leave a permanent impact on the readers of this book.

The victims placed in the concentration camp set up in Fort Breendonk spill some disturbing personal stories into this book. This novel spotlights prominent victims such as Jews, resistance fighters, communists, and common criminals and their deplorable plight.

This historical fiction novel explores the female war heroines that took part in WW2. The book follows the lives of the women who formed the ‘Ravensburg Rabbits‘ after they get captured and thrown into a concentration camp.

Although the story’s backdrop is extremely bleak, the protagonist, Caroline Ferriday, breathes hope and life into the story.  So if you are searching for a beautifully told story, this novel is the one for you. This is one of the unique new WW2 books.

The Tattooist of Auschwitz by Heather Morris

This new WW2 book is based on accounts of Holocaust survivors and the tattooist, Ludwig Sokolov who was a Slovakian Jew. It illuminates his experiences during WW2, the exposure to horrific events as well as compassionate people.

This beautiful story is centered around the tattooist’s determination to save a woman imprisoned with him. The book explores the endurance of love even under such atrocious conditions.

Twilight of the Gods by Ian W. Toll

Twilight of the Gods: War in the Western Pacific, 1944-1945 is the third book in Ian Toll’s Pacific War trilogy. It focused on the United States’ effort against the Japanese. This book grabs you from the beginning and doesn’t let you go until the very end, the epic masterpiece of military history.

Overall the book is good to read and covers all aspects of war. Also, it was interesting to read about the Japanese leadership, press, and civilians. The valor of US army is not given in may new WW2 books rather than this.

This is an extraordinary historical account of world war two. Excellent writing, maps, photos, and documentation. It helps explain how we evolved into the free and not-so-free nations of today. It comes as a delight to those willing to look on the war with fresh eyes.

This book is about strategy: the failure of Roosevelt and Churchill to make tricky choices as World War ll played out. Also, the writer’s approach is both original and refreshing.

The Women with Silver Wings by Katherine Sharp Landeck

The Women with Silver Wings: the inspiring true story of the Women Airforce Service Pilots of Second World War is not just an important slice of history; it’s a thrilling page-turner. The author has written a beautifully researched tribute to the courageous women who bravely served their nation in a time of need.

However, in this book, it was noticed that black women were discouraged from applying to the WASP training program. Also, only two pages of the entire book dedicated to women of color, despite several women of Asian descent flying for the WASP, including at least one who lost her life during her service.

Nazi Wives: The Women at the top of Hitler’s German follow the lives of the top Nazi wives and their children. These women supported their husbands no matter how brutal.

The research that went into this book is amazing, and the style of writing made it an easy and very interesting read to see how they were all given such light punishments, and many of them accept full pensions on their husband’s high military positions.

A Woman of No Importance by Sonia Purnell, a British writer, and journalist

A Woman of no importance is the Untold Story of an American Spy who wins Second World War ll is a brilliantly written book. Sonia Purnell has done an amazing job of uncovering the detailed history of a great woman.

It is a story of someone who sacrificed herself with great courage for the sake of the freedom- of another country. She accidentally lost a leg when she was younger and also had to deal with a disability. The tale is of her sheer heroism, but underlying the story is the struggle of a woman in a very man’s world. She was not taken seriously and was undervalued all along, even though her achievements were immense.

The Splendid and the Vile by Eric Larson

The Splendid and the Vile: A Saga of Churchill, Family, and Defiance during the Blitz is a highly readable account of the early part of world war. This book focuses on the dramatic events between the arrival of Winston Churchill as Prime Minister in May 1940 to the entry into the war of the United States in December 1941. Also, it was noticed that how Churchill himself shows remarkable courage and leadership in the most challenging time and a reminder that people have successfully got through much worse than we are experiencing now and that the good times do come again.

Through these books, we can observe some important contributions made by women in history. In Nazi Wives, they observes that they always support their husbands no matter what because it was a patriarchal society, and they can’t even make their own decisions and depend on their husbands. In the book, The Women with Silver Wings. There was discrimination based on color because of discouragement of a black woman from applying to the WASP training. At last, in the book, A Woman of no Importance, it observes that how women sacrifice themselves for the sake of freedom.

There are numerous books based on the events during WW2, and this list keeps increasing. The titles mentioned above explore the same event from various angles and points of view. Happy reading!