Top 8 Oldest Books in The World That You Should Check Out!

The answer to the question of what are the oldest books in the world can never be accurate. However, in the world of modernization, every book enthusiast is just a click away from the treasure chest of books. But, have you ever wondered about the sources used in older times to get knowledge before modernity arrived?

Some of the oldest books in the world are Gutenberg Bible, The diamond sutra, Nag Hammadi Library, etc.

Top 8 Oldest Books in The World That You Should Check Out!

Presenting the oldest books in the world that will add value to your knowledge. Highly illuminating books from 5000 thousand years ago.

The Gutenberg Bible is one of the oldest examples of traditional books. According to the updated Guinness Book of World Records, this book is one of the oldest books in the world. They printed the first copies between 1454 and 1455 AD. The printing is done mechanically and is also called the 42-line Bible. This book is not as old as the rest of the books, but it survived due to its significance. The printing was done for the first book as a mass-producing movable type. Although most people consider this book a traditional bible, you can think of it as the oldest one.

The Diamond Sutra is one of the holy books and comes among the oldest books in the world. The printing was done in 400 AD and discovered at Dunhuang Cave. According to the British Library, it’s the first example of a dated and printed book. It currently rests in the same library. 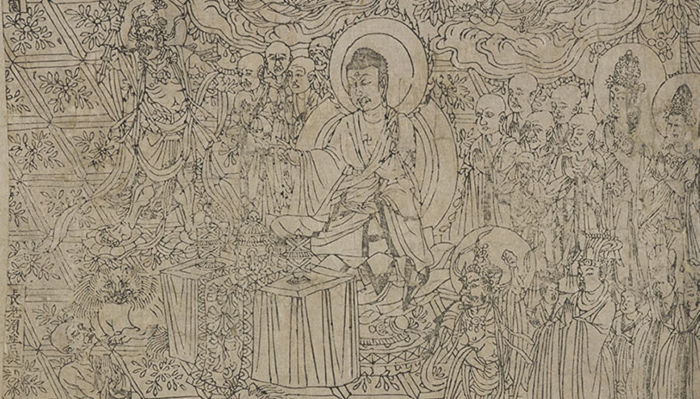 This book was uniquely published from wooden blocks over 5m long. A man named Wong Jei copied the book in May 868 AD, as indicated at the end of the text with his parents’ instruction. The estimated age of the book is 1,145 years old. 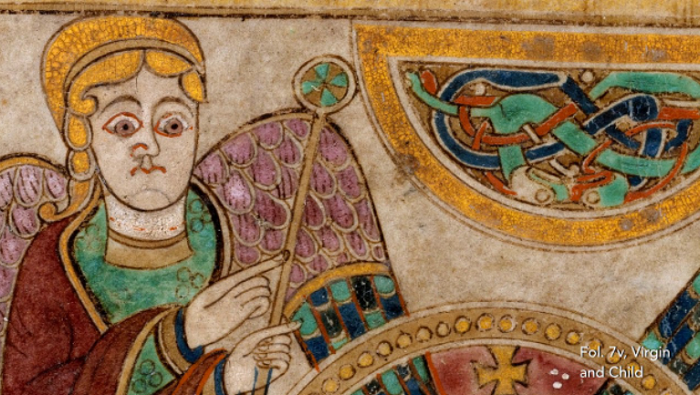 According to academics, the book could be the Great Gospel of Columbia, featuring an Irish monk from the sixth century. It includes outstanding examples of an illuminated manuscript with lavish ornaments. The book comprised 340 calfskin Vellum folios and four gospels from the New Testament.

After its re-discovery, it was presented to a Jesuit community in Belgium. The book’s author can be the monks from Monkwearmouth- Jarrow Abbey. The specifications are still unknown. Its origin is in England and they consider it one of the oldest books scripted in Latin. 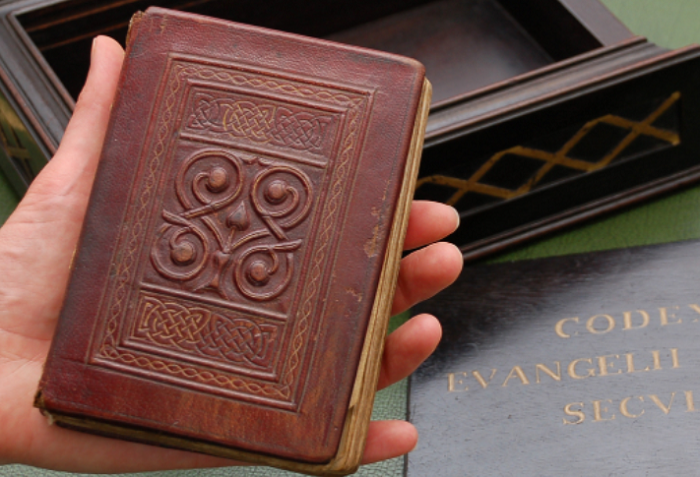 St. Cuthbert’s Gospel is the oldest one in Europe. British bought it and kept it in the famous British Library in 2012 for 9 million as part of a fundraising campaign. It still resides there. It was unearthed at the grave of Saint Cuthbert in the northeastern part of England. Moreover, it had a crafted-leather cover, including the Gospel of John. The book was famous and thus protected from various Viking assaults in Durham Cathedral.

The author is still unknown, possibly a Pachimian monk. The script includes the Coptic language.

It originated in Nag Hammadi, Egypt.

The collection of 13 leather-bound books was discovered in 1945 containing papyrus codices. It was inside a sealed jar in Nag Hammadi, Upper Egypt, and people consider it some of the oldest books in the world.

Gnostic treatises make up the majority of the literature in the codices. There are also writings from the Corpus Hermitcum and a partial translation/alteration of Plato’s Republic.

It includes early Christian theological writings such as gnostic texts. Thomas’ gospel is widely famous for its literature.

The Coptic Museum in Cairo has the Nag Hammadi codices on exhibit.

Thefarie Velianas, Kinng of Caere, is the author of this book. It originated in Pyrgi, Italy (modern-day Santa Severa). The script is Etruscan and Phoenician.

The three gold plates, dating from 500 BC, were discovered in 1964. It was during the excavation of a sanctuary in ancient Pyrgi, Italy. Scholars believe they formally tie it together because of the holes on the edges. King Thefarie Velianas had great dedication to the Phoenician goddess Astarte. Thus, inscribe in Etruscan writing, while the other two are in Phoenician language. 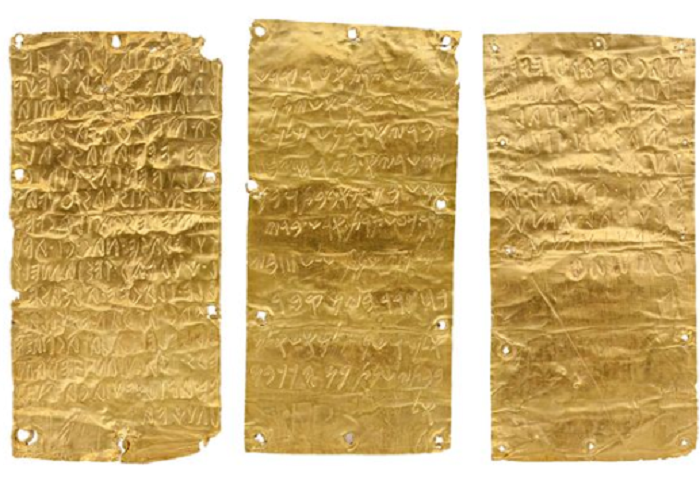 The plates are now on display at the National Etruscan Museum in Rome, Italy.

Researchers were able to use their Phoenician understanding to decipher the Etruscan tablets. Thanks to the bilingual text.

Etruscan Gold Book is one of the oldest books in the world for a very long time. It’s a multi-paged book from around 660 BC. In Bulgaria, while it was building a canal alongside the Struma river. They tie the rings together on the compilation of six -24-carat gold sheets book 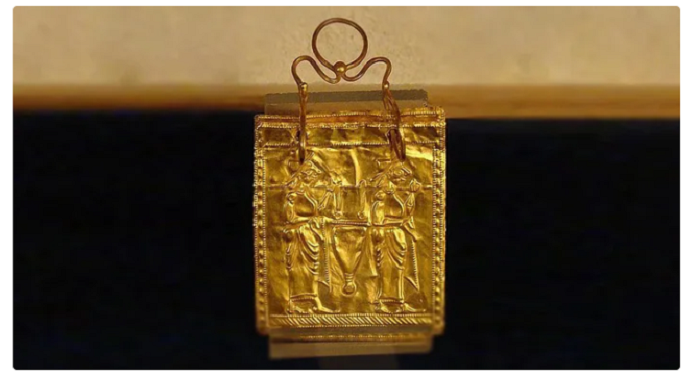 The Etruscans were prehistoric people that migrated from Lydia (now modern-day Turkey) to central Italy around 3000 years ago.

A horse, a horseman, a siren, a lyre, and warriors are also the pictures present on the plates in Etruscan letters.

The Garima Gospels are two illuminating gospel books from Ethiopia’s Abba Garima Monastery. They are the world’s earliest complete Christian manuscripts. Until the previous decade, academics assumed that these texts were from the 11th century. Carbon dating reveals that the literature was from 330 and 650 AD. 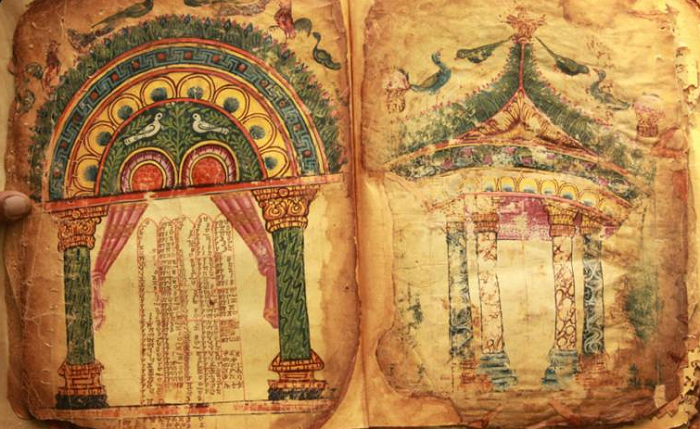 It is the oldest book globally with a front cover present on it.

The British bookbinder did restore both of the books with funds from the Ethiopian Heritage Fund. It is a British non-profit that helps preserve antiques found in Ethiopian monasteries in the previous decade.

What is the oldest book in the world?

A Buddhist holy text, the Diamond Sūtra is considered the oldest book in the world, printed in 400 AD. May 11, 868 is the date of the world's first full, dated, and printed book. Despite this, this work was only discovered in the early twentieth century.

How old is the oldest written book?

The oldest literature was written about 2600 BC. Enheduanna was the author of the literary work. He was a priest and a public figure, dating back to the 24th century.

This list is priceless as it contains precious knowledge. These books are so valuable that the world has reserved them with utmost care. The oldest books in the world have significance till now and will be forever. The article has brought the most valuable books which are still surviving in the modern world. These are 5000 thousand years ago, literature. It is a treasury full of history and ultimate wisdom packed into this list. We hope you enjoyed the article.

See Also- How Does Reading Help You Gain Knowledge?

Go Tell the Bees That I Am Gone: 10 Thoughts I Had While Reading!