Sweet Sacrifice is the third book in Sav Miller’s King’s Trace series. Preceded by Sweet Surrender and Sweet Solitude, this book oozes angst in the most poetic of ways. Miller enraptured all of us who read this masterpiece with powerfully written characters and a raving plotline. Even though I say it’s a masterpiece, it’s a book that you would either love or hate. There’s no in-between. 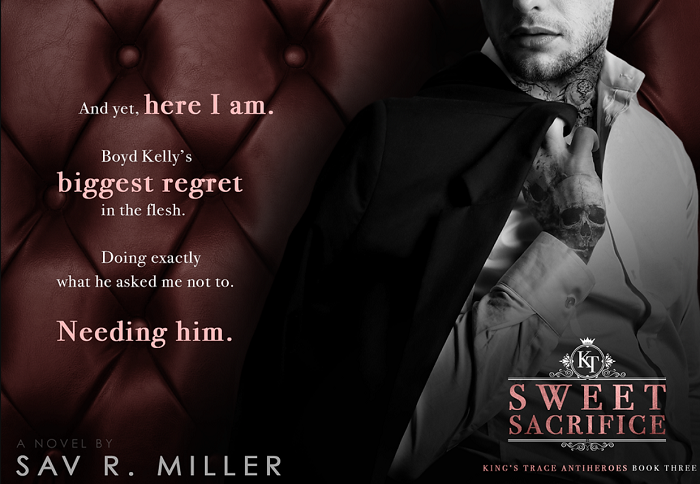 Believe me when I say that every page racks loads and loads of emotions on top of you. The story will take you on a roller coaster ride of angst, sadness, heartbreak, happiness, etc. The most beautiful part about it is how Miller manages to make your heart resonate with that of the characters. Discretion is advised for the readers of this book as it demands that you have a stronghold on your emotions.

About The Sweet Sacrifice Book

Mafia romance and reaching into specific depths of erotica, The Sweet Sacrifice Book is undoubtedly a must-read for enjoyers of this genre. Of course, it is not without its flaws. There is a sense of plasticity and repetition in a lot of places. 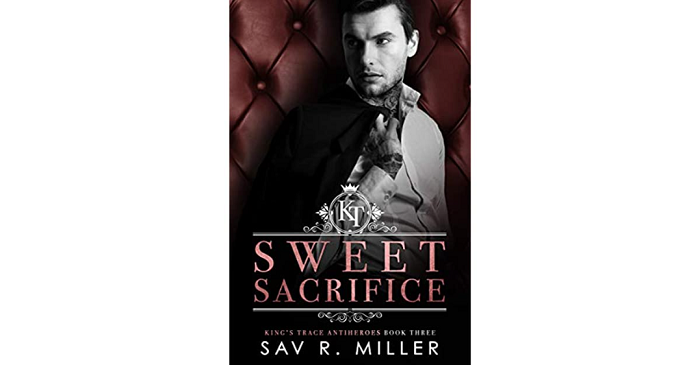 Maybe it’s just because I read a truckload of mafia romance, but this was the case for me. So, without going into much detail and spoiling the story, as I believe in learning about the characters and story as you read a book, I will give you a brief insight into this book.

Let’s start with the characters. My favorite heroine in this book, Fiona, is certainly not a perfect person. She has her flaws and shortcomings, but her character growth is AMAZING. Miller has a way with writing POV chapters, and she just went so deep into Fiona’s version that it charmed me. 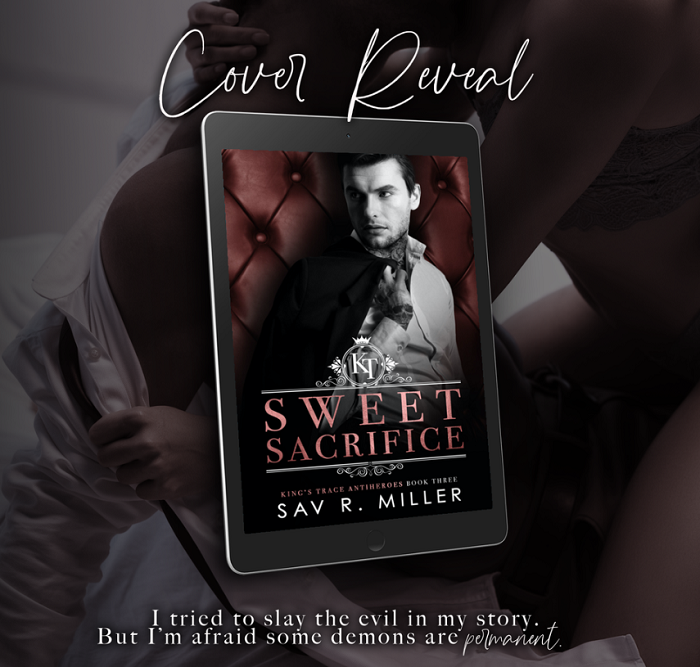 Then there’s Boyd, and Boyd was incredible (pun intended). He had the perfect air of broodiness about him. That and his jerk-ish nature combined made for the perfectly written broken character. I must say that Miller knows her stuff when portraying mental issues in a story. Dozens can just put together some flamboyant words on a page, but few can beautifully flesh out fully weaved stories. Sweet Sacrifice Book didn’t just focus on the main characters, but the side characters had as much depth as the main ones.

I’m talking just about Fiona and Boyd because I don’t want to reveal the entire deck of cards this book manages to be. You never know which hand is going to be dealt next. And that’s what makes it so enticing.

The Themes Discussed in The Sweet Sacrifice Book

“I can relax my hold on needing every aspect of my life to bend to my will and instead submit to his.”

Sav Miller didn’t cut corners in her story-writing. While this is a hot read with all the elements of erotica and romance, this also perfectly grasps mental health and traumatic issues. For instance, Fiona’s silent war with OCD or Boyd’s battle with his inner demons is one of the most prominent features you can see throughout the story.

Well, that’s enough praise for the book, I believe. Let’s touch on the dark side of the book, on what makes this somewhat of a bore to read.

A dominant male with tattoos all around his body, written by a woman? That’s a trope that is so overused that it’s come to the point of being boring. Then there’s the continuous self-doubt and second-guessing by the female lead. The dark romance, the abuse, the never-ending cycle of love and hate. All this feels so repetitive that it’s a bit annoying.

Then, the author uses the idea of “forbidden brother best friend’s sister” or something as the selling point for this sweet sacrifice book. This could be much better off as a kink somewhere in the story rather than the supposedly central point. There is also the illusion of the book having immensely ‘steamy’ scenes, as the author has a thing for posting some raunchy lines on her social media pages. But that is a grave misdirection because outside of those few lines, the entire sex appeal of those scenes is, in some measure, converted to a monotonous one.

Finishing up, I would only say that the book is a good read for anyone who’s into reading the mafia romance genre. What’s surprising about the book is the highly well-written tragic backstory in the sweet sacrifice book. Murder, pain, angst, OCD, trauma, drama, steaminess, and all the elements a suitable book needs. This book has it all. Fiona and Boyd, the main couple, are not all perfect, but they learn how to love as the story progresses.

For me, this was the best way Miller could wrap the trilogy up, even though it had incomplete parts scattered here and there. I am totally up for whatever the author has in store for us next.

Sink Your Claws Into These Amazing Werewolf Romance Books